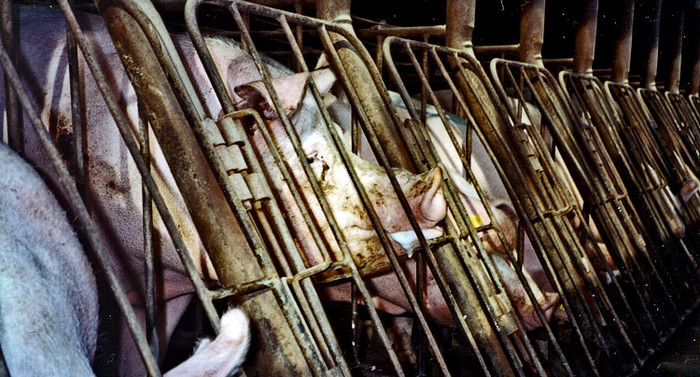 It's a bit off-topic, but as the debate about swine flu continues to heat up and get closer to home, I'd like to point out two very worthy pieces of related reading.

Read more stories on this subject in our topic page.This piece at Grist does a good job at talking about where the outbreak may have stemmed from in Mexico, and links the outbreak to very bad sanitation conditions at a pig factory.

The Mexico City daily La Jornada has also made the link. According to the newspaper, the Mexican health agency IMSS has acknowledged that the orginal carrier for the flu could be the “clouds of flies” that multiply in the Smithfield subsidiary’s manure lagoons.

And this piece over at The Guardian does a good job at talking about the medical failings of the pig industry and anemic ability of the World Health Organization to contain such outbreaks.

But no one was less alert than the disease controllers in Atlanta. According to the Washington Post, the CDC did not learn about the outbreak until six days after Mexico had begun to impose emergency measures. There should be no excuses. The paradox of this swine flu panic is that, while totally unexpected, it was accurately predicted. Six years ago, Science dedicated a major story to evidence that "after years of stability, the North American swine flu virus has jumped onto an evolutionary fasttrack".

Combined they speak much about the state of things and why this won't be the last such outbreak.