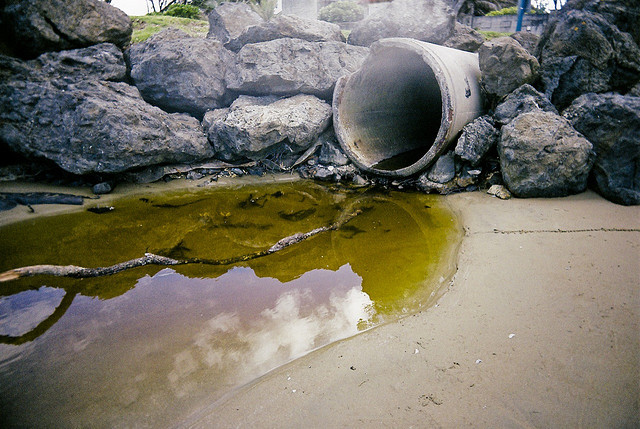 6:16 am on Thursday June 28, 2012 | Posted by
South Carolina beach water quality in bottom half; Charleston does better

Image by Flickr user wasabicube Storm water runoff from roads and sidewalks can be a huge offender in beach water quality.

South Carolina beaches have been ranked at number 19 out of 30 states in the quality of its water.

In an annual report, The Natural Resources Defense Council (NRDC) pegged Horry County beaches as the worst in the state, specifically Springmaid Beach, Briarcliffe Acres Beach, and Myrtle Beach, while noting that generally Charleston beaches were better, with only 3% of samples exceeding state levels for runoff and sewage pollution.

"EPA is revising the safety standards that are designed to protect swimmers from getting sick, but the agency needs to strengthen its proposed standards, which—based on EPA's estimates of illness risks—would make it acceptable for 1 in 28 swimmers to become ill", the council said in its report. "In addition, because polluted runoff is the biggest known source of pollution that causes swimming advisories or beach closings, EPA needs to reform the national requirements that govern sources of polluted stormwater."

The beaches with the highest percent exceeding rates of the standard:

All of these were in Horry County.

There were no exceedances in Beaufort County.

Read the full report below and hop on over to the NRDC's website to check out South Carolina specific information.