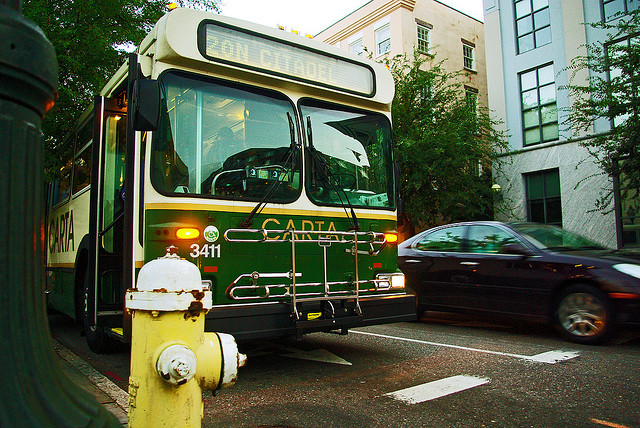 It's been no picnick for Charleston Area Regional Transportation Authority (CARTA) these past few years, with a down economy funding to the bus system has been slashed and routes cut.

That said, with not-so-cheap gas prices and tight wallets, ridership on the system has continued to climb and the system is once again boasting record ridership.

Today they announced that that ridership has "surpassed its numbers in past years, with the highest ridership since 2004. In 2010, ridership increased 3.23 percent, making a total of 4,170,207 trips."

“Seeing this growth in challenging economic times demonstrates the demand for the service CARTA provides for the Charleston area,” said Howard Chapman, CARTA’s Executive Director. “The support and dedication we receive from our riders as well as our esteemed partners, including the CARTA Board, the City of Charleston, and others, is greatly
appreciated.”