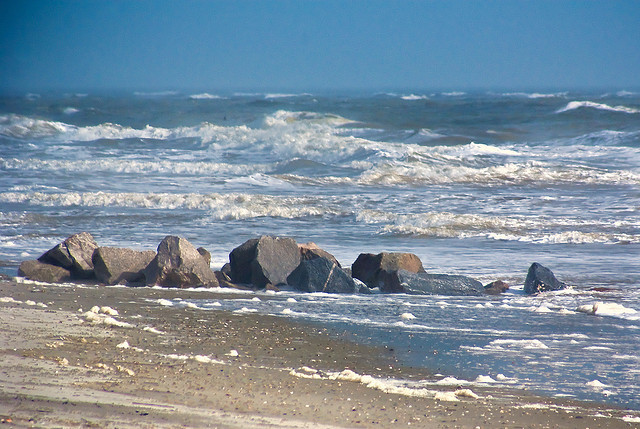 Earlier this year word came that Folly Beach had received a $400,000 grant to study how the beaches could better stand up against the natural forces of erosion.

Indeed a plan later came that said some 415,000 cubic yards of sand could be pumped onto Folly Beach County Park in hopes of it reopening in June 2013 — but now all those gains have been set back by an ironically named Hurricane Sandy.

Although the storm did little damage to the Lowcountry, the Charleston District of the Army Crops of Engineers says the storm swept away some 75,000-100,000 cubic yards — almost a quarter of what the nourishment project would bring.

Still that's estimated to be far less than 300,000 cubic yards that Hurricane Irene was believed to have swept away in 2011.

Sandy's damage is being valuated between $2.7-3.5 million.

The Charleston District has completed their assessment and provided the required information to Corps of Engineers headquarters in Washington, D.C. Should a disaster declaration be made for areas within the state of South Carolina and should funding from a supplemental appropriations bill become available, the Charleston District will work with the City of Folly Beach to work through the process to determine if the impacts meet the criteria to allow the project to be restored to pre-Sandy conditions.

The federal project at Folly Beach reached the trigger point for regular renourishment prior to Superstorm Sandy. At this time, the Charleston District has received $400,000 for the federal project to complete plans and speculations and environmental assessments. The FY14 President’s Budget, to be released in February, will determine if the project receives additional funding for renourishment of the beach.