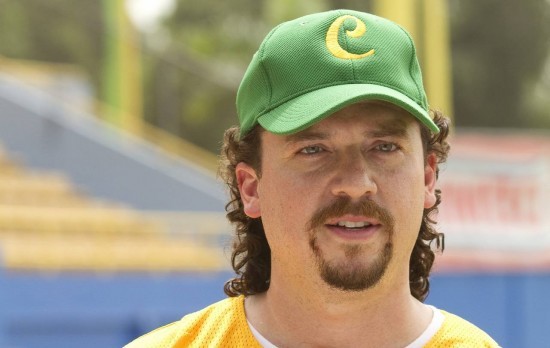 Update 7/2: An open casting call has been set for extras in the show.

Just show up at BB&T field at 12 p.m. on Tuesday July 5th and bring a recent, clear photograph that shows your face that they can keep for their files.

It's a paid gig, but you probably shouldn't lease that Bentley just yet. They're particularly interested in Hispanic families and people with baseball experience, such as coaches, trainers, umpires. The full press release is here.

Update 6/29 9:25pm: A little birdie via Twitter gives us some insider info that former Pelican Willie James will play short stop on the East Bound and Down team﻿.

Update 6/29: According to permit applications, more filming will take place next week including Ocean Boulevard.

An HBO Production Assistant confirmed that Matthew McConaughey ﻿will be in town to film. The Sun News has the scoop. Read it here.

First Report 6/6: HBO film crews for Eastbound & Down were spotted at the Pelicans game this week.

We were first notified about tonight's filming via Facebook which points out this WPDE mention. ﻿Apparently there were no actors present, so it could be some test shootings or simply a B-roll trip. We don't know how much of the third season will be set in Myrtle Beach, but it's a safe bet that it will at least start here﻿.

Myrtle Beach Scene tells us more about the connection between Myrtle Beach and Eastbound & Down star, Danny McBride. Read it here.﻿

The irreverent HBO show has a devoted following. When the show ended it's second season it foreshadowed a possible Myrtle Beach setting. But it wasn't known if there would be a third season. In late October, Variety Magazine, confirmed a third and possibly final season had been picked up. You can get the latest news from the Kenny Powers Fan Club website.

The Pelicans won the game, by the way!