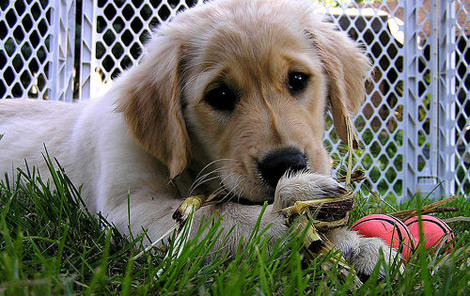 Dorchester County is investigating how animal abuse cases are being handled in court, and whether judges are lightening fines for the guilty parties. At least one official has said it is the case, with judges dismissing 80 percent of animal abuse fines.

"We would just like to see people who abuse an animal fined enough to make sure they think twice," said Dorchester County Growth Manager Eva Lunder, who oversees animal control officers.

Lunder presented figures to council last month as part of a report on how the county might collect more money.

Chief Magistrate Glenn Stephens said he is aware of the report but does not agree with the conclusion. The report does not include fines not yet collected after bench warrants were issued for people who didn't show up, fines paid over time, cases that are dismissed when the officers don't show up in court and reduced fines for guilty pleas.

One problem discussed is that all animal-control offenses come with the same $525 ticket, without any sort of distinction between, for example, letting a dog bark too much and severe abuse cases. This tends to cause both confusion and frustration, some say.

I think everyone can agree that there's a distinction there, and the tickets should reflect that. But the greater issue, I think, is that, in true abuse cases, such as what happened in Hollywood recently, these are crimes, and if there is no real punishment, then justice isn't being properly served. It isn't as though it's some silly, nonviolent offense, like jaywalking. We need to recognize that someone who severely abuses animals is a criminal, the same or similar to someone who severely abuses children.

But in a bit of good regarding animal violations, Live 5 News reports that the horses and donkeys taken from a McClellanville farm a few days ago are improving. Someone reported that they weren't being treated properly, so the Charleston County Sheriff's Office took the animals and the Charleston Animal Society now has custody.

The owner of the animals faced five animal-rights violations and is scheduled to appear in court Thursday to determine whether the animals should be returned to her.