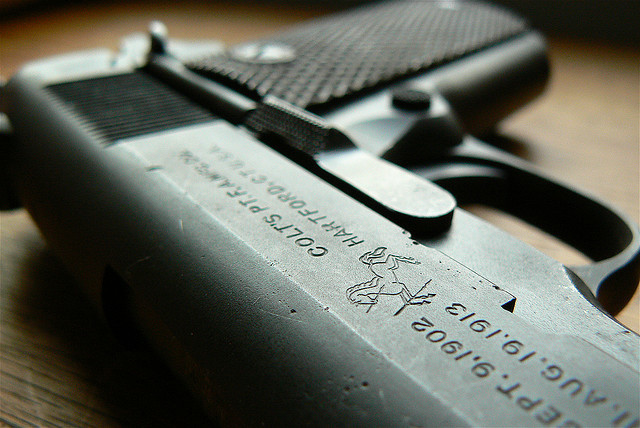 Update December 6: Police may have a suspect in custody.

Update November 16: We're beginning to sound like a broken record here, but another Chinese restaurant in the area has been robbed.

Make that 18 robberies and counting.

China Chef on 1672 N. Main Street in Summerville was held up by two black males Sunday night. According to The Post and Courier, Berkeley County police haven't declared if the robbery is related to the slew of others, but it all sounds quite familiar.

Update November 1: The Charleston County Sheriff's Office released more details about the Lam's Garden robbery that offers more evidence this was the same pair; get details at The Post and Courier.

Update October 31: Lam's Garden in Ravenel was robbed on Friday by a pair of robbers believed to be the same as in the rest, and this was the second time the restaurant was hit this month.

The Post and Courier has a short report on the matter; take a read here.

Update October 30: The Post and Courier has followed up after the latest report and has a nice map of the robbery locations and some added background reporting; take a read here.

Update October 29: Another robbery has been chalked up and is believed to have been executed by the same two suspects, and this time the robbery hit the same spot that was robbed on August 28. Hop over to Live 5 for the story.

The tally is now at 16 robberies.

On Wednesday night, Lam's Garden in Ravenel was robbed by two armed black men who walked in with T-shirts pulled up over their faces. One night later, on Thursday evening around 10:15 p.m., James Island's The Dragon Gate Chinese Restaurant was held up by two black males.

According to The Post and Courier, and descriptions given by witnesses, investigators suspect the Lam's Garden robbery may be related to the recent string of robberies targeting Chinese restaurants.

Hop over to The Post and Courier for the whole story.

According to The Post and Courier, Summerville police Capt. Jon Rogers said it's possible the same men are responsible for multiple robberies at local Chinese restaurants.

First reporting: The string of robberies continues with a hit on Dragon House Chinese restaurant in Summerville.

The Post and Courier has a brief about this armed robbery; read it here.

Police are saying this latest one brings the count to nine area Chinese restaurant to be robbed in recent weeks.

I've been able to track down reports of four Chinese restaurant robberies in as many weeks where there were two black suspects with faces covered and one taller and slender and one slightly shorter and more stocky:

Also worth pointing out is that North Charleston police have been warning Chinese restaurants within the city and giving them tips.

Almost certainly unconnected but interesting is a  this brief about a Chinese restaurant robbery in Goose Creek back in November 2009, but in that case it was just one man who fired shots into the ceiling.

As usual stay tuned to our crime page for updates, and we'll be sure to update you.