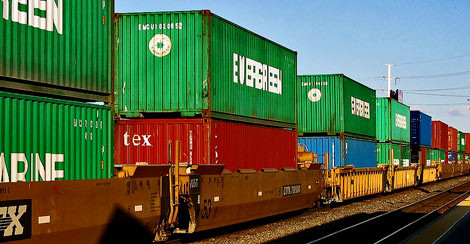 2:34 am on Sunday October 5, 2008 | Posted by Ken Hawkins
Charleston's ports feeling the need for more rail

While the Port of Charleston has rail access to many of its terminals, it's larger Wando Terminal in Mount Pleasant does not, nor is rail access called for in plans for a new container terminal at the Navy Yard.

And with sky-high gas prices, relying on trucking as the exclusive means to haul goods is looking like more of a business liability, especially when your rival in Savannah has good rail access is shaming you a bit, and it looks like another big port is popping up on the Georgia-South Carolina border.

And there are several new distribution centers being built that count on the Charleston port's ability to compete.

So, in short rail access wasn't planned for the new terminal, but port officials are working to figure something out, and they're also looking at how to get more than one company to provide rail cargo service in Charleston to ensure prices are competitive. But it will likely not mean another set of tracks, only a track-sharing agreement.

So that's what's going on with rail and our ports in a nutshell, the Charleston City Paper does a great job of discussing the situation in more detail.