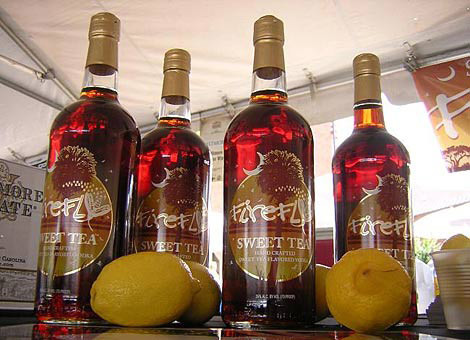 Image by Firefly VodkaImage by 20080801firefly.jpg Firefly's sweet tea vodka is one of the big reasons the company has seen increased demand.

Firefly, a Wadmalaw Island-based vodka distillery, plans to use an Orlando, Fla., facility to ramp up production so it can meet increased demand, both here in South Carolina and across the nation. Sweet tea, anyone?

From the Charleston Regional Business Journal:

The company already uses its Florida location to produce and ship all products distributed outside of South Carolina, but those distributed within the state have been produced and shipped from Wadmalaw Island.

The decision to supplement in-state production stemmed in part from the success of Firefly Sweet Tea Vodka within South Carolina since its launch in early May, the company said.

Firefly co-owner Scott Newitt said, “We are and always will be a South Carolina product. However, in order to meet the public’s demand, we feel that making this temporary change is necessary.”

According to the Business Journal, Firefly is looking for a larger facility already, so that it can bring all of its production back in-state. The company's sweet tea vodka has been a huge hit, and it's one of the major reasons for so much higher demand, as was reported back in June.