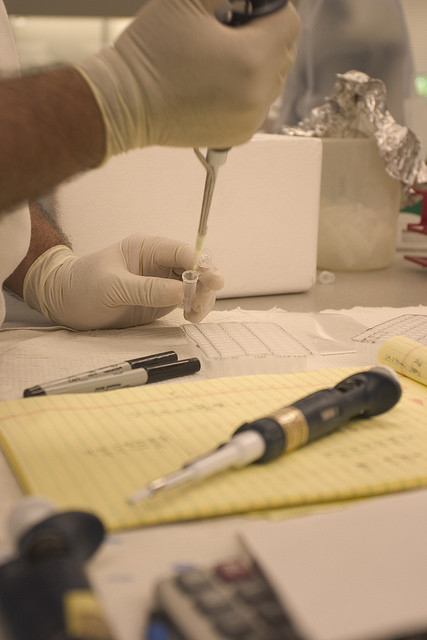 In the wake of the 60 Minute investigation that aired a little over a week ago, Potti and the Coastal Cancer Center have parted ways. The Center doesn't use the term 'fired' and goes on to say his release wasn't due to the fact reporting in the 60 Minute piece, but because of public outcry.

In the press release from Costal Cancer Center, Dr. Holt, the founder of the Center is quoted as saying, "During the time that Dr. Potti has been with us he has been an exemplary physician whose caring ways have made him extremely popular with patients. We will miss him."﻿﻿ Looking at the press release, one can see how "glowing reviews" for a disgraced doctor can happen.

Watch SCnow.com's broadcast from last night, and read the full press release below.

"A recent 60 Minutes story concerning an investigation of Duke University's cancer research programs and Dr. Potti's work there prompted many concerned people to contact Coastal Cancer Center with comments and questions," said Lawrence B. Holt, Jr., MD, FACP, President of Coastal Cancer Center. "It has become obvious that this issue is going to take precious focus away from patient care. Coastal Cancer Center is staffed by incredibly caring people who want and need to concentrate on providing outstanding patient care."

Coastal Cancer Center conducted a deep and thorough investigation of Potti's credentials before hiring him. Potti received numerous letters of strong recommendation from key members of the medical community at Duke University where Potti had worked before coming to the Grand Strand.

"We received glowing references about Dr. Potti's character and skills from the highest ranks of the Duke University School of Medicine and Duke University Medical Center," said Holt. "We were assured by Duke Medical's leaders that Anil was 'outstanding in all categories,' 'had excellent clinical skills' and that he had conducted himself at Duke with 'honesty, integrity and humility.' One Duke University director even went so far as to say he would be pleased to have Dr. Potti as the treating physician 'if my own family had unfortunately contracted a cancer.' Letters of recommendation came in from the chief of Duke Medical's Division of Medical Oncology, the Chair of the Department of Medicine, the Director of Hematologic Malignancies Program, and several professors.

"During the time that Dr. Potti has been with us," continued Holt, "he has been an exemplary physician whose caring ways have made him extremely popular with patients. We will miss him."

During his time on staff at Coastal Cancer Center, Dr. Potti became an active part of the Grand Strand medical community, many of whom have reached out to him in the days since the 60 Minutes story aired.

"We have been touched and heartened by the outpouring of support for Anil that has come from the local medical community," says Holt. "Like those of us at the Cancer Center, other physicians recognize him as an exceptional doctor and colleague."

Dr. Holt contests that the 60 Minute investigation was one sided and that Dr. Potti has never done any clinical research at the Coastal Cancer Center and has passed reviews from "multiple hospital agencies﻿ and he [Potti] got outstanding recommendations.﻿"

Hop on over to SCnow.com to read their full write-up and watch their broadcast. Checkout our first report below and watch the 60 Minute investigation.

The piece centered around a potential ground-breaking new way to treat cancer, but upon independent research, Dr. Potti's data was found to be wrong. When discovered, Dr. Potti allegedly fixed the data to show the results he and his team wanted.

Since this story is regarding a North Carolina school TheDigitel Myrtle Beach wouldn't normally cover it, however 60 Minutes revealed that Dr. Potti is now living and working here in Myrtle Beach at the Coastal Cancer Center off of 82nd Avenue on Rourk Street﻿.

Read 60 Minutes' full write-up on the controversial Duke research here and watch the story below.

It's important to mention that Dr. Potti nor any of the groups he's associated with are charged with any crimes, nor has anything been proven.  At this point the story is little more than curious conjecture that Myrtle Beach appears headed for a little bit of a whirlwind over.﻿

If you have any concerns over the doctor you are currently seeing or looking into finding a new medical practitioner, it's always good to check their credentials.