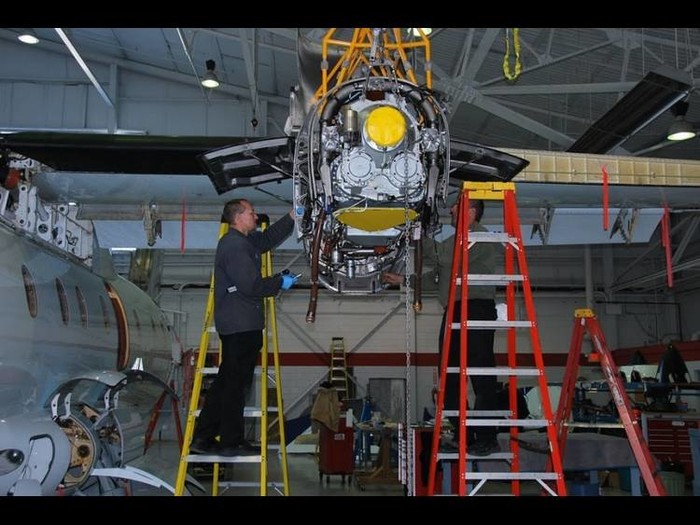 With the issue resolved, MBREDC's Brad Lofton agreed future deals will be communicated better to the council and he also took the opportunity to let everyone know that this situation could have negative effects on future deals. WMBF has more details on the presentation and WBTW has video coverage here.

Update January 11, 2012: Horry County council has now rescinded their votes for the AvCraft deal and has asked for MBREDC to come back with a more thorough presentation of the proposal.

There was a lot of video coverage of yesterday's council meeting. Below are video packages from the three local TV stations news crews. For completeness, here's The Sun News write-up and I also published an opinion piece on my take of the situation last night. ﻿

Update January 3, 2012: County councilmen took a risk going to the media to proclaim they blindly approved a deal.

It does appear odd that more than one Horry County councilmen claim to have be surprised by the AvCraft announcement. According to today's editorial on The Sun News Opinion Blog, everyone on the council had the opportunity to find out who the "AV2" company was before they passed the proposal. Read more here. While there may be some legitimate concerns with AvCraft, MBREDC CEO Brad Lofton has stated they will be held accountable for their part of the deal.

Update December 30, 2011: It seems not everyone on Horry County council is happy with this package.

According to Grand Strand Daily, multiple council members including Carl Schwartzkopf﻿ have step forward to say they didn't know the company name when the deal was approved. Which implies they may not have let it go through if they had known AvCraft would be the benefactor.

Grand Strand Daily has an extremely deep report on AvCraft's history including a deal with the MBREDC predecessor, Partners Economic Development Corporation﻿, they never delivered their end of the bargain on. It's an impressive amount of research. You can read it all here.

Just last month, we reported on a MBREDC project that would help a local business expand. We can now confirm from a news release issued today that the company is Myrtle Beach-based AvCraft. Horry County and S.C. Department of Commerce﻿ will each provide $100,000 grants to AvCraft to help them expand to 150 jobs.

In addition to the staffing expansion, AvCraft is committed to investing $1 million of their own money in the local project. Normally to qualify for the incentive package, the company is required to invest $2.5 million but since AvCraft is committed to creating well beyond the 35 job minimum, Horry County approved a variance to let the deal go through. There were no tax incentives in this deal.﻿﻿

“AvCraft's decision to expand their workforce by 150 employees is a tremendous testimony of our attractiveness as an aviation destination. I am thankful for the company's commitment to Horry County and proud of our economic development team for this terrific announcement,” said Tom Rice, Chairman of the Horry County Council.﻿

AvCraft specializes in maintenance and technical support on a variety of commercial aircraft and offers their services to airlines and airplane leasing companies in the United States, the Caribbean, Latin America, and Europe. With over 120 current employees in their 130,000 square foot facility at Myrtle Beach International Airport, this deal will allow AvCraft to double their operation. Since October of 2010, AvCraft is a subsidiary of Colombia based Indaer International.

The MBREDC, the North Eastern Strategic Alliance (NESA), the South Carolina Department of Commerce, Horry County Council, and the Myrtle Beach International Airport all came together in support of this project.  “AvCraft is a tremendous asset to our community, and this project is just the beginning for aviation-related businesses locating and expanding in the Myrtle Beach region,” said Doug Wendel, Chairman of the MBREDC.﻿

Since the annual meeting that happened in July, there's been a lot of anticipation of progress with the overhauled MBREDC team as well as some scrutiny on their spending of public funds. Lofton literally has a target job count tied to his employment contract and he reports to a board of directors that have their reputations on the line. No doubt this is a big check in their win column.