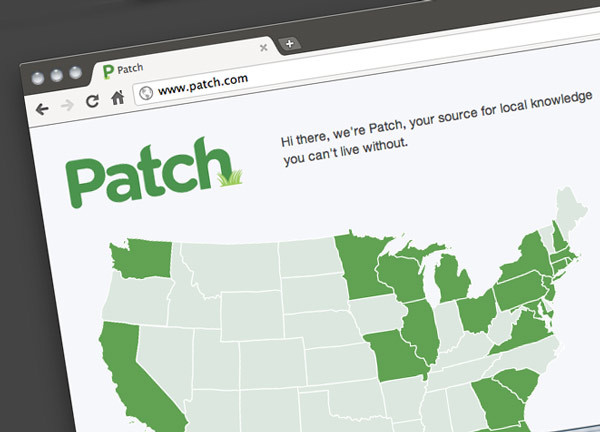 South Carolina is a newcomer to Patch's crosscountry lineup of sites.

(Local sites are launching; Updates at the bottom.)

Perhaps you've heard of the online-only hyperlocal network of sites that is Patch.com?

Well, if you haven't, know that their flare is to set up sites that cover areas between 15,000 and 100,000 residents, and then intensely focus on the issues, politics, events, and stories of that area.

So far, their methodology has proved intriguing, with the company having been bought by AOL, who has invested well over $100 million to spread it across the nation in 18 states with more than 800 sites.

Now that site count will increase by 11 as the network expands to South Carolina this summer. Four of those sites will be in the Charleston metro area.

Expect a phased rollout of those four in the coming weeks, as the company is still looking to hire editors for its West Ashley and Mount Pleasant editions.

The other two local editions will focus on more northern areas of the metro: Goose Creek and Summerville.

Yes, I was as surprised as you are that they won't have editions focusing on the Peninsula or Park Circle areas, but I suspect that these areas may be too dense for the site's methodology (and I have my own musings about the network focusing on a more rooted demographic).

As for the rest of the seven sites in the state: Easley, Irmo-Seven Oaks, Lexington, Mauldin, Spring Valley, St. Andrews, and Taylors-Wade Hampton﻿.﻿

What to expect from the site? In a nutshell: what any online newspaper would have minus the regional and national news, and the production quality of the content will not be as high as you might find in the local daily. That's not to say it's bad, it's just more focused on connecting you with what's local, and doing so on a hyperlocal budget.

But, instead of dragging on describing the site in excruciat, I'll point you over to one of their older sites to get a feel: the Cranford, New Jersey Patch.

Now I'll say stay tuned, and know I'll be sure to update here with links when they've launched.

And, of course, we'll add these sites to our lengthy list of local publications that we watch for solid reports to refer you to.

Update June 16, Goose Creek: A quick note to let you know that the first of Patch's four sites in the local area is live, Goose Creek. At the helm is local Greg Hambrick, formerly of the Charleston City Paper﻿.

Check it out here and watch the welcome video here.

Update June 23, Summerville: The Summerville edition of Patch has also launched with Lindsay Street as the lead.

You can check it out here — oh, and unlike the Goose Creek edition I couldn't find an intro video.

Update July 5, West Ashley: Over the holiday weekend the West Ashley Patch quietly launched with Jonathan Allen at the helm.

You can watch an introductory video over here, or just dive into the site.

This leaves only the Mount Pleasant site pending launch.