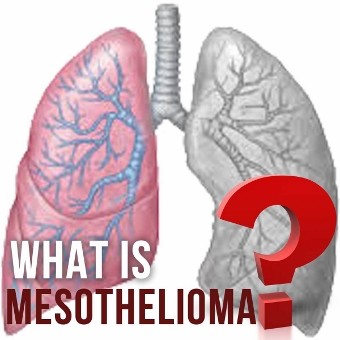 In small-town USA 1965, Dewey Poe was 20 years old when he failed out of state university and left to face his disappointed father. As the first of four children to attend college, anything short of graduation would have been unacceptable. Confused and demoralized, my grandfather found sanctuary at a Columbus Marine Corps Recruiting Office. At 21 he took the only option he felt possible and enlisted in the Marines. A move to simply save face ended up being a 27-year long career. He retired with the rank of Gunnery Sergeant, after travelling the world by ship.

It started with his daily morning runs. His breathing became difficult and sometimes he would stop, his hands on his knees, bending over because he was dizzy and he was seeing spots. He did not appear to be the formidable drill instructor he was a few years ago. He went to the doctor who referred him to a surgeon up in Charleston, just in case. My mother told me that she thought ‘just in case’ meant nothing. He was supposed to drive up, see him and be just fine the next day. When the doctor delivered the news, “we think it’s mesothelioma”, she began crying quietly. She was in the middle of her medical degree and pregnant with his grandson.

In 1994, the doctors told him that they could not operate and gave him a year to live. Once again, confused and demoralized, Dewey turned to the military. If he learnt anything from being a Marine, he learnt the value of making his bed. He told me that if you did not accomplish anything all day, then at the very minimum at least you would come home to a made bed and you would have done one thing for the day. He turned to his principles to change his lifestyle completely. He cut out refined sugars, and all fried food from his diet. When once, he would have practically inhaled a plate of fried oysters, he now juiced fruits and vegetables for nutrients. With enormous pain, he let go of everything he cherished about southern cuisine – the hardest to eliminate was his wife’s pulled pork. He loved everything about the succulent, smoky flavorful meat, capped with coleslaw and just a little too much mayonnaise. But he took everything into his stride, turning each one into his one accomplishment a day. He began to meditate and read Pat Conroy’s books voraciously. If he had known that Pat Conroy would fight a battle with pancreatic cancer himself, he would have thought he had found a soul friend.

By the time I was five, I had begun to understand that there was something different about the man I visited after school every day. He made it a point to come to every single one of my hockey practices and even as a small child, I understood the emotional importance of the regimen he had made for himself. Dewey never stopped to ask why him. He woke up every day and felt he had a purpose – to nourish his body the best he could, to spend as much time with his friends and family as he could. When he finally gave in to mesothelioma, he had it easier than most. He woke up in the middle of the night and told his wife he was going to use the bathroom. He came back to bed and simply passed away then. I remember my father commenting that “no man could have died better”. He had battled mesothelioma for seven years and he spent the weekend right before he died fishing with his grandson.

I was glad he didn’t have much pain. The first line of the last book he read was “the water is wide, and he has now passed over”, written of course, by Pat Conroy. I was seven years old, and he had been my role model and best friend growing up. I knew when I got older, I wanted to be just like my Vietnam War hero “Popop” Dewey Poe. I choose to go to The Citadel Military College of South Carolina. It was here I developed my own daily routine much like my granddad. Instead of drinking beer and experimenting with drugs like my high school friends at other universities, I was shining my shoes, marching in parade, and of course, making my bed. After my freshman year and wanting to follow in his footsteps as a soldier in the U.S military I accepted a scholarship to commission as an officer in the Army. The military has a long tradition of having older enlisted soldier who acted as a mentor give a newly commissioned officer their “first salute”. He was not there, but I know he would have been so extraordinarily proud.

Today, U.S. Veterans make up one third of mesothelioma diagnoses in the United States – a disquieting statistic published by the U.S. Department of Defense. By the time my grandfather had become a Marine, fighting in Vietnam, asbestos was being used everywhere on board the ships he worked. It was being used to insulate pipes and boilers, line tanks and ovens and it had made its way into nearly every construction material for its resistance to electrical, fire and chemical damage because it was cheap. The surprising thing is that we had conclusively known the risks of asbestos for three decades by the time my grandfather became a Marine. In 1930, Merewether and Price found that a quarter of the 363 workers handling asbestos in mills around Great Britain showed signs of lung scarring from when the micro-particles from asbestos fibers would literally smother their lung tissue, causing chronic inflammation and scarring. This fibrosis because so closely associated with asbestos, it was called asbestosis.

It is not enough for us to give veterans benefits after the fact. There is still so much we can do to remove asbestos from military equipment, it makes no sense to choose the cure over prevention. The problem goes beyond veterans, and is truly nationwide. Too often, race, poverty and environment converge to pollute communities of people of color disproportionately. I hope to become an urban planner, making sure that industries do everything they should to prevent their workers from being exposed to toxic chemicals and pollutants unnecessarily and prevent their negative externalities from harming the communities around them as much as possible. Jan Egerton and Don Smitley were true warriors in the fight against their mesothelioma and I hope their strength inspires others and changes the minds of legislators around the nation. Survivors of mesothelioma and their families have an enormous potential role in this debate, and I aspire to be a part of that change.