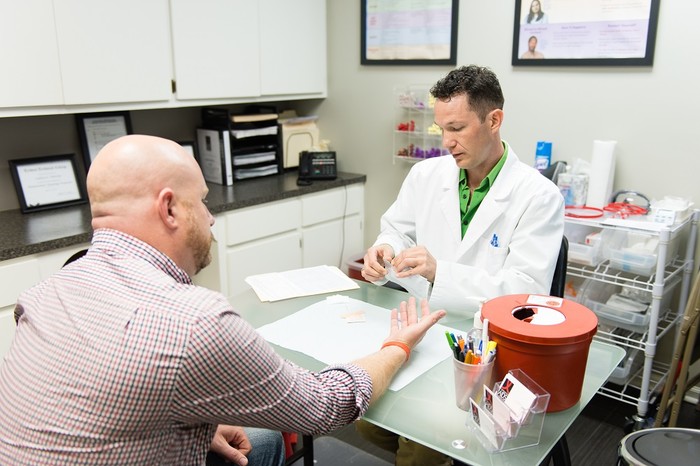 LAS conducted 1,711 HIV tests in 2015. Of those, 39 were HIV positive with the majority being young African-American men. This number is nearly a 200 percent increase from recorded HIV-positive results in 2014. Across the state, community-based organizations like LAS recorded 118 new HIV positive cases in 2015, according to the South Carolina Department of Health and Environmental Control.

“This statistic is both shocking and highly illustrative of the importance of our continued work here in the Lowcountry to help those affected by HIV/AIDS and fight to reduce new cases in our community,” said Bradley Childs, executive director of Lowcountry AIDS Services.

“It is with this marked year-over-year increase in newly identified HIV-positive members of our Lowcountry community that we have launched a number of new fundraising initiatives to increase funding for client services as well as outreach, prevention, testing and awareness initiatives to help reduce this alarming trend,” Childs added.

Chief among these endeavors is Lowcountry AIDS Services Red Ribbon Mega Raffle. This initiative, which follows changes in state law for charitable raffles instituted in 2015, will help LAS raise tens of thousands of dollars this year.

In December 2015, LAS published its “State of the HIV/AIDS Epidemic in Charleston” report, highlighting the HIV epidemic facing the Charleston region – especially among young people under the age of 30. In 2014, the largest number of HIV/AIDS cases in South Carolina were in those ages 13 to 29 (46 percent).

“This outsized and unexpected number shows that our targeted HIV testing is truly reaching those most at risk,” Childs said. “Yet at the same time, we fear these numbers indicate a trend toward the Charleston region becoming an epicenter for further growth of the HIV epidemic.”

LAS is committed to using statistics like this to affect positive change in the community, including generating greater community awareness about HIV. Its efforts include free HIV testing, particularly targeting at-risk populations, and getting HIV-positive individuals into medical care as quickly as possible. LAS also hosts a number of community outreach and prevention initiatives, including participation in community events, hosting educational sessions at businesses, schools or club meetings and encouraging local school districts to teach comprehensive sex education.

View the complete “State of the HIV/AIDS Epidemic in Charleston” online at http://www.aids-services.com/news/state-of-the-hivaids-epidemic.