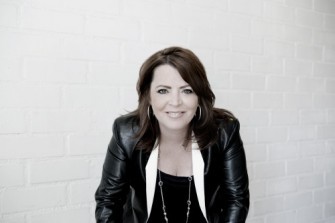 “The funniest comic in America, bar none.” – Lewis Black

“Easily one of the best comics alive.” – Ron White

Over Kathleen Madigan’s 25 year career she has performed on nearly every standup television show ever made. Leno, Letterman, Conan, Ferguson and so on. Her third hour-long special, Madigan Again, which iTunes named one of the Best Comedy Albums of 2013, premiered on September 11 exclusively on Netflix in the U.S., Canada, Europe and Latin America, and is now available on CD, DVD and audio or video download. Previously she’s released 4 CDs and 2 DVDs and starred in 2 HBO specials, 3 Comedy Central specials, 3 CMT Salute to the Troops specials with Ron White and her last hour-long special, Gone Madigan, premiered on Showtime and is available on Netflix.

2014 is packed with theater gigs and appearances on late night television. It’s been a 25 year career of 300 nights a year on the road. She’s gone from one nighters, to club gigs, to theaters, to headlining the Mirage in Las Vegas.

Kathleen won the American Comedy Award for “Best Female Comedian,” the Phyllis Diller award for “Best Female Comedian” and has performed on two USO tours to Iraq and Afghanistan. Kathleen is the only comedian in the history of NBC’s Last Comic Standing to go unchallenged by any other comedian–meaning no comedian would say they were funnier than her; Kathleen was a top three finalist in Season 2 and a judge on Season 5. She has done live remotes and commentary on numerous shows including Dr. Phil, E!, TV Guide Network, VH1, ESPN 2 and The Tonight Show with Jay Leno.

A favorite on nationally syndicated radio shows such as the The Bob and Tom Show and The Stephanie Miller Show, Kathleen is in constant rotation on SIRIUS-XM Radio and she is repeatedly voted the #1 audience favorite by listeners.

Kathleen has performed internationally at festivals and theaters in Ireland, England, Australia and has filmed six Montreal Gala Shows at the Montreal Comedy Festival for Canadian television.

Originally from St. Louis, Missouri Kathleen splits her time between the road, Los Angeles and Missouri.

Head to the source at charlestonmusichall.com
Advertisement