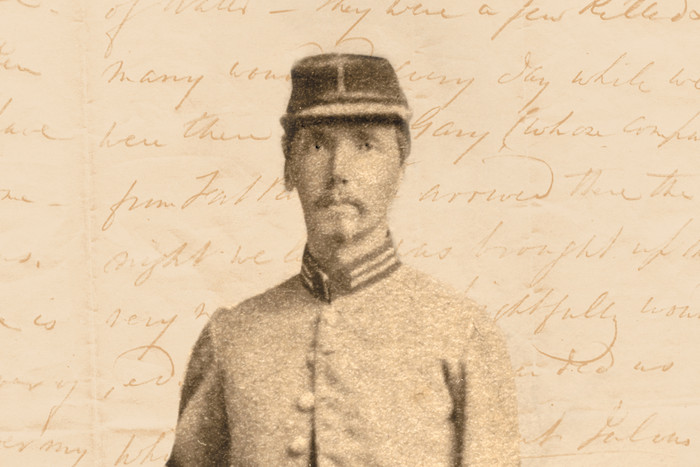 Courtesy of the Middleton Place Foundation

John Julius Pringle Alston in his Confederate Uniform around 1862

The life and death of John Julius Pringle Alston will be the subject of a dramatic reading of the Alston family’s Civil War correspondence the evening of Sept. 19 at the Edmondston-Alston House, 21 East Battery – John Julius’ family home. The event, titled He Cannot Escape Always, A Brother’s Unfortunate Prophecy, will transport attendees back to a time in Charleston’s history when bravery, honor, and family meant everything, while the full weight of the Union Army rapped upon the city’s door. The performance will mark the start of a new exhibit at the Edmondston-Alston House called A House in Mourning.

John Julius Pringle Alston wasted no time embracing the Confederate cause. Within months of the first bombardment of Fort Sumter, he had assembled his own artillery company, and successfully petitioned Gov. Francis Wilkinson Pickens for a commission in the First Regiment, South Carolina Artillery, serving as First Lieutenant. His bravado during the siege of Charleston became the stuff of legend, and earned him a reputation as a capable leader. Alas, for all of his bravery and enthusiasm, he was brought down not by enemy guns but by another prominent killer of Civil War soldiers – disease, specifically typhoid.

He Cannot Escape Always is a story of family, patriotism, honor, duty and the tragedy of war. A narrator will set each scene and provide historical context on the war and the life and death of John Julius Pringle Alston. Correspondence spans over 50 years, the first, a letter from February 1861, the last, a remembrance dated April 1918. Actors, including veteran Charleston stage actress Samille Basler, and interpreters, including Middleton Place’s versatile historic re-enactor Jeff Neale, will breathe life into the 150-year-old letters, and give a voice to the anxious and tormented Alston family.

With the passing of the anniversary of John Julius Pringle Alston’s death, the Edmondston-Alston House will present its new exhibit, A House in Mourning, on view through Dec. 1, 2013 as part of the Middleton Place Foundation’s five-year Civil War Sesquicentennial commemorative exhibitions. As nineteenth century etiquette for the wealthy and socially prominent dictated, the front balcony will be draped in black bunting, black mourning wreaths will be placed on doors, and mirrors draped with black cloth. Guides will share mourning customs of the 1860s with visitors, and the symbols of mourning proclaiming the Alston’s family’s grief caused by John Julius’ death.

He Cannot Escape Always, A Brother’s Unfortunate Prophecy will be held Sept. 19 at 6:30 p.m. The cost is $20 for Middleton Place Foundation members, $25 for non-members. Tickets are available online at MiddletonPlace.org or by calling 843-556-6020.

Head to the source at middletonplace.org
Advertisement