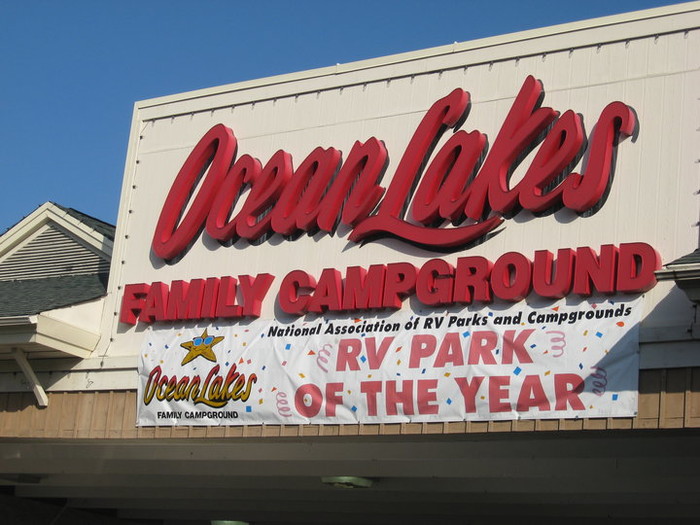 Ocean Lakes campground was named 2011-2012 National "Park Of The Year" In Mega Park Category by the National Association of RV Parks and Campgrounds.

The award was given at the 2011 Outdoor Hospitality Conference and Expo in Savannah, Ga.  At the same event, Ocean Lakes was honored as one of the top 10 campgrounds in the country by Woodall's, which produces dozens of national and regional campground publications.  This ranking was based solely on a nationwide vote by camping guests who voted for their favorite campground among more than 8,000 in North America. Also during the Expo, Ocean Lakes was awarded the prestigious GuestRated.com's "A" grade for the fourth year.  Only two percent of campground achieve this rating.

This summer, Ocean Lakes became the first location for an electric vehicle charging station along the Carolina coast. In addition, the campground's guests and teammates have recycled more than 250,000 pounds of solid waste, averaging about two tons per week. Ocean Lakes' landscaping department composts to produce mulch and fertilizer for flower beds. Solar-heated water is being tested at one of the bathhouses to determine how much water and gas it saves.

Ocean Lakes features 893 campground sites, 2,557 annual lease sites and 500 rental houses on 310 oceanfront acres with nearly 500 teammates in the height of the camping season. On an average seasonal day, Ocean Lakes has 25,000 to 30,000 guests.