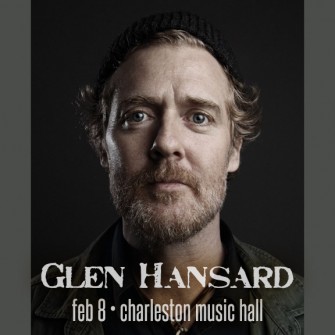 “Glen Hansard is a gifted, emotive frontman who sings as if he must, with a heart on his sleeve that is constantly throbbing.” —The New York Times

Over twenty years in the making, Rhythm and Repose, Hansard’s first ever solo album, garners attention from Billboard calling the album “Hansard at his most engaging,” while The Wall Street Journal proclaims the new songs “throb with a sense of searching and sadness that sinks in deep.” To celebrate the record, Hansard performed on “Late Night with  Jimmy Fallon,” “The Tonight Show with Jay Leno,” “Late Show with David Letterman,” and “Tavis Smiley.”

The highly lauded play Once, The Musical won eight Tony Awards including best direction of a musical, best lead actor in a musical and the top musical prize itself. Once, The Musical is based on the feature film Once, with original songs written by Hansard including “Falling Slowly” for which he won an Academy Award. The play successfully opened on Broadway on March 18 to rave reviews including the New York Times who explains, “what was always wonderful about ‘Once,’ its songs and its staging, has been magnified.” Hansard is celebrated as the principal songwriter and vocalist/guitarist for the Irish group The Frames, who have established themselves as one of the most influential bands in Ireland. Hansard garnered a reputation as not only an unparalleled front man, but also for his dedicated following and his grounded, real-life songs. Hansard is also one half of the acclaimed duo The Swell Season. In 2007, he and Czech songstress Markéta Irglová took home the Academy Award for Best Original Song for “Falling Slowly” off the Once soundtrack. Hansard and Irglová continued the success of Once with the 2009 release Strict Joy under the namesake of The Swell Season.