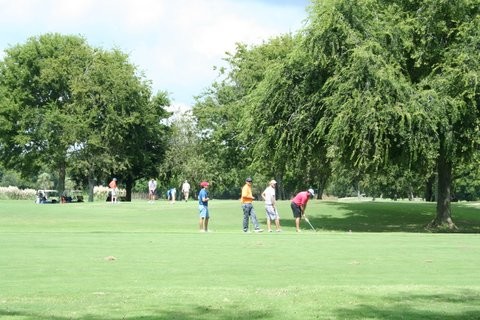 Golfers can spend a day playing golf with views of the Charleston harbor while raising money for pediatric cancer research. It’s all part of the fourth annual Drive Away Childhood Cancer Golf Tournament benefiting Chase After a Cure.

The Summerville-based nonprofit has partnered with The Marriott Business Council of Charleston to host this year’s tournament on Friday, Sept. 25 at Patriots Point Links in Mount Pleasant. Proceeds from the event are used to fund childhood cancer research and raise awareness for alternative and more effective treatments for children with cancer.

Since its founding in 2009, Chase After a Cure has raised almost $1 million for childhood cancer research and equipment at MUSC, specifically in the area of the very aggressive neuroblastoma.

The captain’s choice tournament includes a silent auction, lunch and an awards ceremony and reception. Registration begins at 11 a.m. with a shotgun start at noon. Prizes will be awarded for first, second and third place along with closest to the pin, longest drive and a hole in one. Cost is $400 for one foursome; $125 per individual player. Sponsorship opportunities are available.

For more information, visit chaseafteracure.com or register for the tournament online.