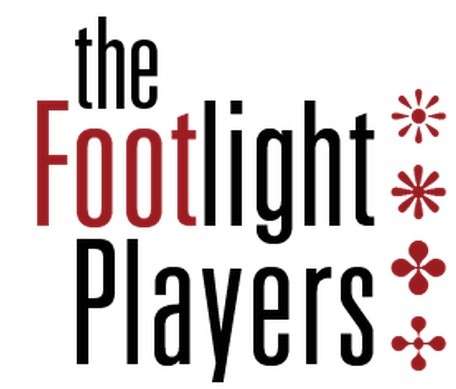 The Footlight Players will kick off its 84th season with “Dirty Rotten Scoundrels,” a musical comedy following the shenanigans of two con men traveling by train to a small town in France. The play opens Aug. 7 at the historic Footlight Players Theatre, 20 Queen St. in Charleston.

“I wanted a season filled with fun. So this, our 84th, is rich with comedy and a few classic stories that always entertain,” said Don Brandenburg, artistic director at Footlight. “It’s our hope that theater lovers will choose to become a part of our Footlight family as we celebrate 84 years of continuous theater excellence.”

“Dirty Rotten Scoundrels” Aug. 7-23: Lawrence Jameson and Freddy Benson are two con men who meet by chance on a train headed for a small town in France. After attempting to work together, the men soon find that the town isn’t big enough for the two of them. They then agree upon a bet to resolve the issue. The first one to con heiress Christine Colgate out of $50,000 wins; the other must leave town forever.

“Quartet” Sept. 11-27: In this comedy, Cecily, Reggie and Wilfred live in a home for retired opera singers in Kent, England. Every year on Oct. 10, the residents of the home put on a concert to celebrate the birthday of Verdi, but when Reggie’s ex-wife arrives, she disrupts the equilibrium when she refuses to sing.

“Hay Fever” Oct. 9-25: Set in an English countryside home, each member of the eccentric Bliss family invites a guest to spend the weekend. Judith, a retired actress; David, a self-absorbed novelist; and their two children seem to live in a world that holds a very thin line between reality and fiction. Audiences will be laughing out loud at their self-centered behavior, which eventually drives the tortured guests out the door unnoticed.

“Miracle on 34th Street” Dec. 4-20: Doris Walker doesn’t want her daughter’s head filled with fairy tales, so when her neighbor, Fred, decides to try and win Doris’ heart by befriending her daughter and taking her to see the Santa Claus at Macy’s, Doris is not pleased. However, when the Macy’s Santa looks to be the real Kris Kringle, a wave of love sweeps across the city, strong enough to melt even the most cynical of hearts, in this heartwarming holiday musical filled with singing and dancing.

“A Streetcar Named Desire” Jan. 22-Feb. 7, 2016: Blanche Dubois travels to visit her pregnant sister, Stella, in Louisiana. Stella’s husband, Stanley, dislikes Blanche and thinks she is holding out on inheritance money that is rightfully his. As Blanche tries to forget her past and begin a new life in New Orleans, she quickly realizes that her past is not something that she can easily outrun.

“Lend Me a Tenor” April 22-May 8, 2016: On a historic night at the Cleveland Opera Company, world-renowned tenor Tito Morelli is to perform the role of Othello at the 10th anniversary gala. But through a comical series of mishaps, the star receives a double dose of tranquilizer, causing the house manager to believe he is dead. To keep the company from losing $50,000 in ticket sales, the house manager must find a way to make the “dead” man sing again. And thus begins a hilarious chain reaction of mistaken identities.