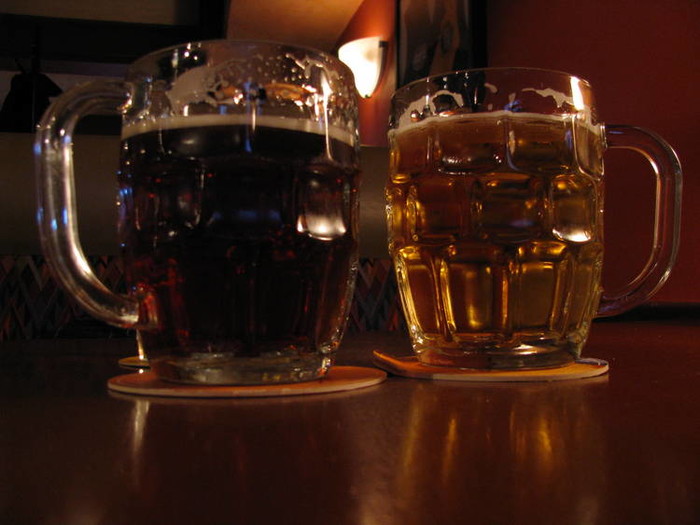 Having returned from a week of vacation, I found that four new beers had been announced and released by three of our thriving local breweries.

This means two things: COAST, Westbrook, and Holy City cannot be deterred by scalding hot weather, and I can no longer go on vacation.  I have not had a chance to try any of these so I can't provide much in the way of color commentary, but I'll be rushing out to the respective tasting and tap rooms soon to try them all.

On the heels of their second release of The Belafonte, COAST has concocted another refreshing, wheat-forward vehicle.  The debut batch of Shreddin' Wheat was brewed with entirely organic malt, half of the bill being wheat and the other half pilsner.  The heavy-handed hop additions are all of the Mount Hood variety, a hop with lower alpha-acid (bitterness) and some of the spicy, crisp qualities of a noble hop.  This should be a hot-weather crowd-pleaser at 5.5% ABV.

Westbrook Brewing has added two new brews to their roster.  SaisonAle is their newest seasonal, a traditional take on the saison style born centuries ago in the farmhouses of Belgium.  It's a moderate 6.2% ABV, promising a "fruity and peppery aroma from the Saison yeast strain" and a "very dry finish that makes this the perfect beer for hot weather!﻿"  Westbrook has also added American Bitter to its small-batch, brewery-only Special Collection.  This is a 4% ABV, purely American take on the purely British institution of session bitter, a low-alcohol pale ale normally served from a cask.  Westbrook's version is loaded with Centennial and Chinook hops and presumably will be served from a force-carbonated keg, hence the "American" prefix.

The new kids on the block at Holy City Brewing just added beer number four to their growing lineup.  Joining the experimental Fish Bowl series is the aptly named Fish Bowl II, a hoppy red ale.  The 7.5% ABV brew is the strongest of last week's local debuts, and is hopped with Warrior and Glacier for what should be a full bouquet of piney-grapefruit-goodness.

COAST Brewing is located at 1250 N 2nd Street in North Charleston, with tours/tastings/sales held from 4 p.m. to 7 p.m. Thursdays and 11 a.m to 2 p.m. Saturdays.  Westbrook Brewing is located at 510 Ridge Road in Mount Pleasant, with tours/tastings/sales from 4 p.m. to 7 p.m. Thursdays and Fridays, and 12 p.m. to 4 p.m. Saturdays.  Holy City Brewing is located at 4155-C Dorchester Road in North Charleston, but doesn't yet have regular tour and tastings hours.  The beers should be making their way to better watering holes all around town, but COAST and Holy City both have some listings on their sites.

Keep an eye on our #beer landing page for more local coverage, and follow me on Twitter @CHSBeer or use the #chsbeer hashtag for even more!