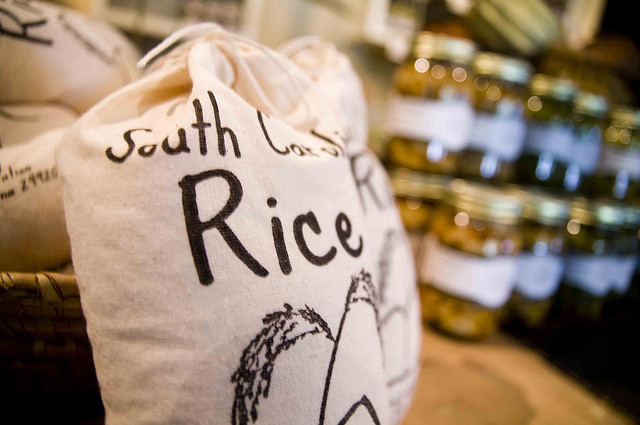 2:10 am on Friday January 18, 2013 | Posted by Ken Hawkins
The legacy of the Charleston rice steamer

Rice may not be as big of a part of South Carolina's history as it once was, but the traditional Charleston rice cooker style pots have largely managed to endure — but their time may be fading as well.

The Island Packet's David Lauderdale laments on the Charleston rice steamer, in part, "A lot of people still sell stovetop rice steamers, but the steamers that most people in Charleston grew up with aren't made anymore. Charlestonians believe rice steamers are the ordained way to glory land -- where the grains turn out moist and tender, yet separate."

A FixYa user further describes their 40-year-old steamer, "The bottom is a large pot in which the water goes; the center part fits in that (not in the water; it drops down and hangs on the edge of the big pot--mine has a few holes around the lip of that part); a lid."

In practice, it's not much different than an electric steamer, but it gives the flexibility and control its electronic cousins lack, and the versatility to steam anything from dumplings, to meats, to vegetables.

Given the all the love slow-style food has seen in South Carolina from beef to beer, it's a surprise that this is the first time I've written anything in reference to the traditional rice cooker.

Lauderdal lists several Charleston-area locations to by these old fashioned steamers and I didn't have any trouble find the three-piece aluminum pots for sale online. Look to spend $40 to $90 depending on style and quality.

Perhaps the Charleston steamer era isn't at a total end.