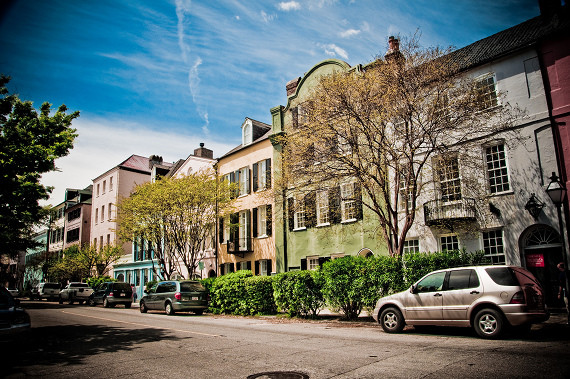 Update October 18: Being number one sure is sweet, but being ranked the 3rd best city in the world is even sweeter.

Boosted by the Readers' Choice ranking, Charleston now occupies the No. 3 spot on Conde Nast's list of the world’s 20 best cities. The Holy City was beaten out by Florence, Italy which holds the No. 2 spot and Sydney, Australia, which tops the list.

CnnGo has the exciting news; read it here.

First reporting: Since 1993, the Holy City has been floating near the top of luxury travel magazine Conde Nast Traveller's annual Reader's Choice Awards. This year, however, Charleston has taken over the top spot and is now nationally known as the No. 1 tourist destination in America.

The awards are based on the results of the Conde Nast Traveller Readers Choice Survey in which voters annually evaluate cities based on six categories: atmosphere/ambience, culture/sites, friendliness, lodging, restaurants and shopping. For the past three years, Charleston has held the No. 2 spot.

In addition to Charleston getting top honors, Kiawah Island was voted into the No. 3 spot on "America's Top 10 Islands" list.

You can take a look at the Reader's Choice Awards in its entirety here. The Post and Courier﻿ has some nice reporting on the award as well reactions from local tourism organizations.