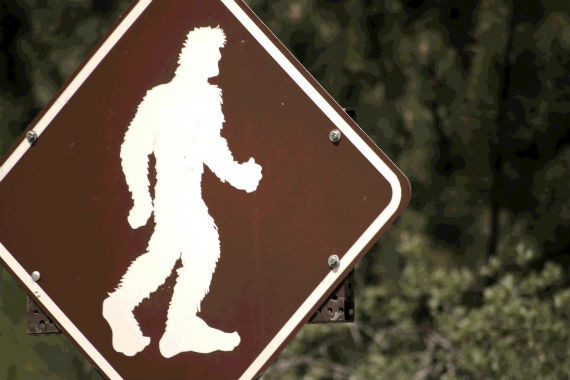 Bigfoot and the Lizard Man are two of the most elusive beasts to hide from the human eye--so why are they getting so much attention in our state?

Well, the fact of the matter is that some South Carolina residents swear that they've seen one (or both) of the two creatures--with their own eyes. Enter Mary Beth Paope, a S.C. woman who claims to have caught a glimpse of Bigfoot in November 2007 while on a hike with fellow Bigfoot Field Researchers Organization (BFRO) members in Sumter National Forest.

And according to BFRO member Don Tart, quite a few hunters have also caught eye of the hairy sasquatch--or at least have had the distinct feeling of not being alone in the woods. Tart himself has experienced the creepy feeling several times, the first of which was in 1980, when he viewed an extremely long (approximately 16 inches by 5 inches) footprint in the mud at Mt. St. Helens. He's been a Bigfoot researcher ever since.

But big, hairy sasquatches aren't all that seem to be in our grand old state--the Lizard Man of Scape Ore Swamp in Bishopville has also gained quite a following. Instead of matted hair, the Lizard Man features green scales and a pair of glowing red eyes--according to 17-year-old Christopher Davis, who glimpsed the beast at 2 a.m. late one night.

So a teenager said he saw a monster at 2 a.m. on a summer night? Methinks that some alcohol may have caused the image...but who knows. All that can be said is that ever since then, the Lizard Man has been a consistent topic of conversation in Bishopville.

Entranced by all the stories about Bigfoot and the Lizard Man? Head over to the in-depth reports at Charleston City Paper to learn more. And then read College of Charleston Magazine's story about a group who went on the search for the Lizard Man.