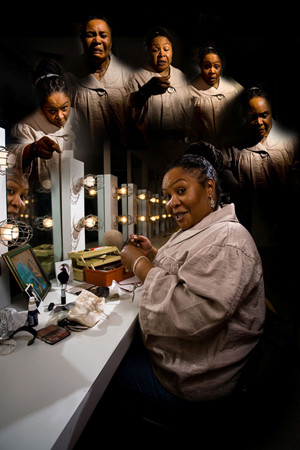 Image by Company CompanyImage by Moments of Joy Photo.jpg

After a great run in February that received standing ovations and rave reviews, "Moments of Joy" is returning for Piccolo Spoleto’s Stelle di Domani series.

The hilarious cabaret of stories and songs is written and performed by Joy Vandervort-Cobb, a Charleston local and comedic genius. The play is directed by Maida Libkin and explores the "honest and revealing adventure's of one woman's life," as stated by The Company Company.

In the play Vandervort-Cobb recounts moments that have shaped her into the irreverent, comic and compassionate women she is. She recreates influential characters from her past to share what she has learned from death, relationships, faith, motherhood, the creative muse, failure and success -- with all the laughter and vibrancy for which this Lowcountry artist is known.

Tickets are $15 and are available at Ticketmaster.com, Gaillard Auditorium, and at the door.

Theatre 220 is located in the Simons Center for the Arts at 54 St. Philip Street.

We originally covered this comedic piece during its time on stage in February.