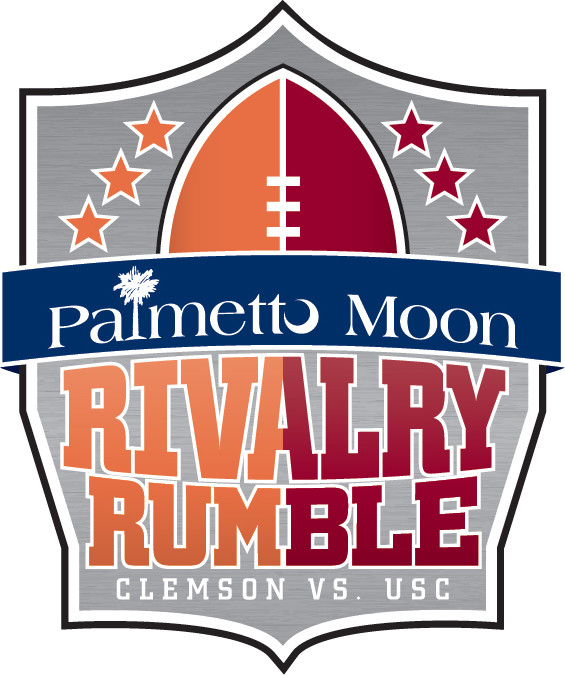 5:23 am on Monday November 14, 2011 | Posted by EmilyTrogdon
Palmetto Moon to host a catered Clemson-Carolina party at Hippodrome

Whitney Holzer, Co-Owner of Palmetto Moon, announced today that the company will host its 'Rivalry Rumble' for the Clemson University vs. University of South Carolina football game on Saturday, November 26th beginning one hour before kick-off at Charleston’s Hippodrome Widescreen Cinema.

Over 400 seats will be raffled off to the top “die-hard” Clemson and Carolina fans through a Palmetto Moon Facebook photo contest, an in-store contest driven by The Bridge 105.5, and on WCBD News 2 website starting on Friday, November 11th. The game will play on the cinema’s 75-foot-wide screen while food will be provided by Sticky Fingers. Charitable donations will be accepted as a Clemson vs. Carolina fan face-off to benefit Pattison’s Academy, an organization committed to helping children of the lowcountry with disabilities. This event is exclusive to contest winners and all attendees must be at least 18 years of age.

Palmetto Moon Facebook fans may enter the contest by uploading pictures that represent why they are the ultimate Clemson or Carolina fans on the Palmetto Moon Facebook page. Pictures will be selected at random to determine the winners. The Bridge 105.5 will be promoting an in-store contest to be held on November 11th in which customers can sign-up to be an attendee at the Rivalry Rumble and/or register to win a custom USC or Clemson kegerator. WCBD, News Channel 2 will also be giving away spots for the event through television contests. All contests will begin on Friday, November 11th.

During the Rivalry Rumble, Clemson and Carolina fans will be challenged to see which fans can raise the most money for Pattison’s Academy. This charity is dedicated to help children with severe and multiple disabilities through Pattison’s Therapeutic Summer Camp and educational and medical programs.

“We’re excited to treat our customers during the biggest football game of the season in South Carolina,” said Holzer. “We’re also anticipating all of the pictures from our Clemson and Carolina Facebook fans!”

Head to the source at palmettomoononline.com