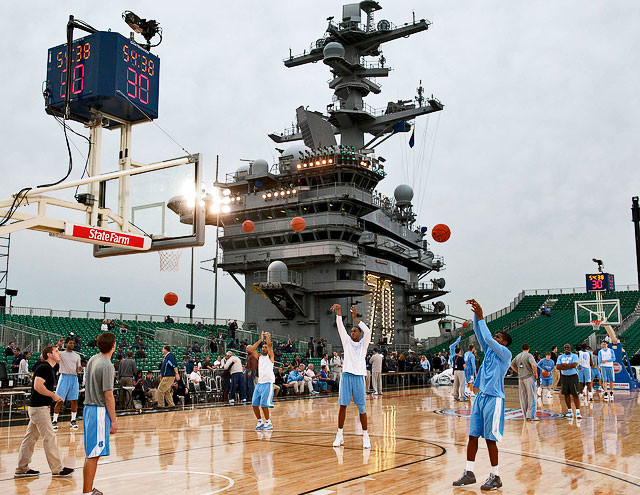 1:24 am on Tuesday October 16, 2012 | Posted by Ken Hawkins
Carrier Classic basketball tournament coming to the Yorktown on November 9

The World War II-era aircraft carrier Yorktown at Patriots Point may well see one of its busiest days since decommission as groups brings a basketball tournament to the carrier's deck.

This year’s Carrier Classic will again benefit the Navy-Marine Corps Relief Society and The Wounded Warrior Project, and adds The Congressional Medal of Honor Society.

Many tickets will go to military personnel and veterans for free, everyone else may have to shell out $500 a pop.

Coverage of the November 9 game is slated to begin at 7 p.m. on NBC Sports Network.

It's sounding like the company conducting the event, Morale Entertainment, and Patriots Point are enjoying working together, perhaps conducting the tournament in Charleston for years to come.