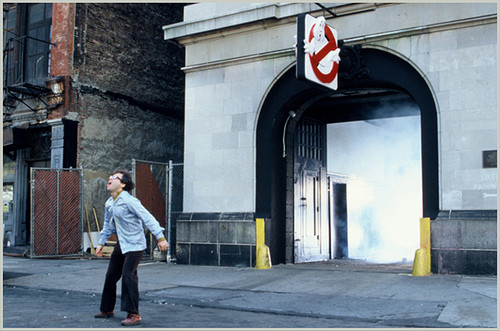 Image by Flickr user groschopf as taken from The Best Movie Ever THIS IS IT! THIS IS THE SIGN!

Tuesday at 5pm, the Charleston Beer Exchange brigade will be popping open a firkin of bourbon-oak-aged Capt'n Krunkles Black IPA from Terrapin Beer Company for this week's Rare Beer Tuesday.  And I'm afraid.

Why the alarm, you ask?  Unpronounceable volcanic eruptions in Iceland?  Tornadoes in Darlington?  Nope, it's this beer that has me worried.

I wrote a piece last week opining on the bold and beautiful flavors of Capt'n Krunkles.  Black India Pale Ale, or India Black Ale, is a new and wholly unnatural style.  It was never transported on sailing vessels from England to India, chock full of hops to preserve it for the duration.  It was invented presumably in some homebrewer's lab in the last decade or two, and made its way into the commercial craft beer world pretty recently.  It was only recognized as an official style this year.

But is a beer overflowing with both roasted malt and hops enough for the would-be-gods at Terrapin?  Apparently not.  They took this amazing abomination, and they aged it in bourbon-oak.  It's unclear from the description whether it was in an oak bourbon barrel, or whether it was floated with bourbon-soaked oak chips.  That really doesn't matter though, the point is that rules have been broken and there's no going back.

Oh, but Terrapin isn't done yet.  No, they take this Rosemary's Baby of a beer and decide to put it in a firkin instead of force-carbonating it.  This not only provides a devious return to nature by letting secondary fermentation do the work of carbonating it, but it gives it a limited shelf life, forcing would-be-imbibers to consume it quickly with no time to contemplate the consequences.

Don't expect any scores, as its either new or rare enough to not even be listed with the usual suspects.  But why bother rating a beer that is signaling the apocalypse*?  I mean, where do we go from here folks?  What else can we manipulate?  Brewers are going to run out of weird hyphenated adjectives soon, and when they do....kablooey.

*Please note that I do not actually think the world is going to end.  But I'm even more sure that craft beer innovators will NEVER run out of hyphenated adjectives.