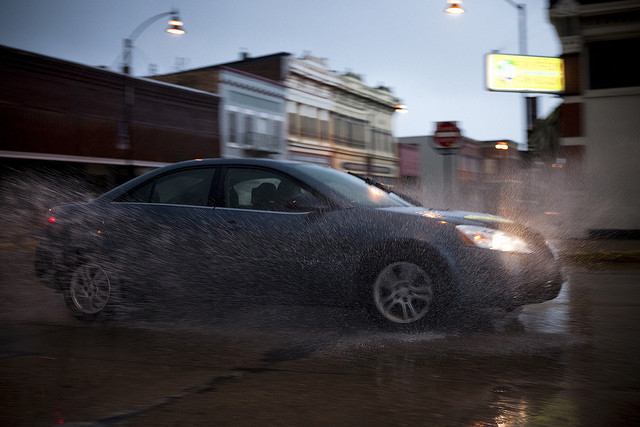 4:34 am on Wednesday January 26, 2011 | Posted by Ken Hawkins
Much rain on the way for Tuesday in Charleston (update: storm totals)

Update January 26, storm totals: If you're curious how much rain fell yesterday, here are the totals from the National Weather Service.

First reporting: A rainy system underway along the Gulf Coast is expected to push into the coastal South Carolina area by mid morning and persist for the next 48 hours bringing some two inches of rain.

On the upside it won't be snow or freezing precipitation.

That rain is forecast to begin falling in Charleston shortly after 9 a.m. with heavier rain starting around 2 p.m. and will build through the evening, dumping nearly and inch before midnight and another half inch throughout the night with showers continuing throughout much of the day Wednesday. And watch out for some lightning on Tuesday night.

And be sure to watch out for flooding in places like downtown Charleston at the high tide of 5.4 feet at 8 p.m. tonight and 6.6 feet at 9 a.m. tomorrow. Remember: If you can see the bottom of the road, don't drive through it.

But, two forecast and dollar will get you a dollar's worth of whatever you like.

On the upside, temperatures will remain mild with Monday night's lows hitting 42, a high of 58 Monday, low of 51, and high of 58 Wednesday.

You can get the full forecast here. If you'd rather digest in video fashion, check out this clip from The Weather Channel.