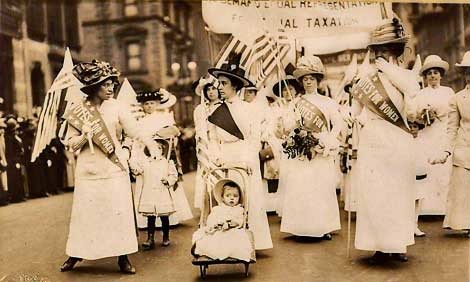 "Iron Jawed Angels" will be shown in Charleston, in part as an observation of Women's Equality Day.

This year the day commemorates the 88th anniversary of women gaining the right to vote. The movie is being shown by Charleston's Center for Women as part of their effort to draw attention to the need educate and empower women.

The Post and Courier offers a story about the about the group and the status of women's power in the Palmetto State. In short, the state ranks well below the 40% mark on most indicators of women's economic status.

The Center for Women explains the significance of "Iron Jawed Angels":
Iron Jawed Angels tells the story of Alice Paul and her colleagues during the last few years of the suffrage movement and their unflappable determination to convince President Woodrow Wilson, the Congress and the state legislatures to pass the 19th Amendment. The suffragists battle older, more conservative female activists, chauvinistic public opinion, and very powerful men. The women are eventually thrown in jail and make headline news around the country with their hunger strike. The term iron jawed angels refers to their resistance at being force fed during their hunger strike. It is their wills, however, that are made of iron and their courage inspires a nation and changes it forever.

The event will be held at the College of Charleston's at 72 George Street on Monday (August 25) at 6:30 p.m. It's free. Voter registration and information will also be available.