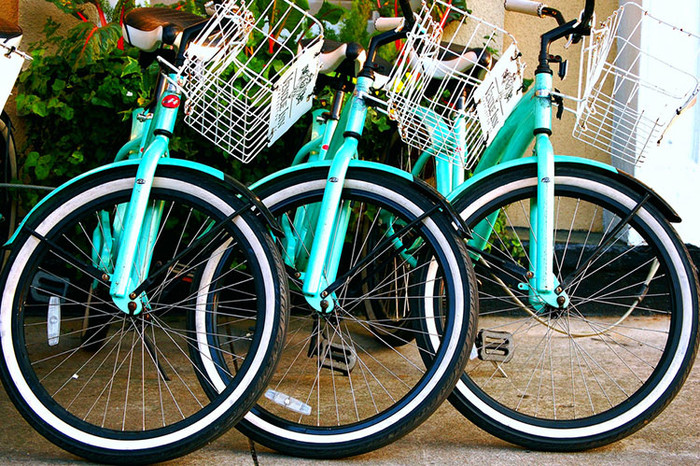 12:44 pm on Tuesday October 13, 2009 | Posted by Ken Hawkins
Looking to cast a 'vision' for biking in the city, Charleston plans workshop series

The City of Charleston is hoping to share its vision (and get input from citizens) about the role of biking.

The meeting on Saturday, October 17, at 10 a.m. will be the first in a series that will eventually lead to a bicycling master plan.

Here's the full text of the e-mailed release:

Charleston, SC. The City of Charleston Department of Planning, Preservation and Sustainability, along with the Clemson Architecture Center in Charleston, will be hosting a Bicycle Visioning Workshop on Saturday, October 17, 10:00 AM to 2PM at the Charleston Civic Design Center, 85 Calhoun Street.

The public is invited to join planners from the City of Charleston, a design team of Clemson architecture students, and local cyclists for a drop-in session to explore bicycle routes, parking and policies in the Charleston area.

As bicycling grows in popularity and necessity in the Charleston area, it is more and more important to understand the bicycle's place now and in the future. Mayor Joseph P. Riley, Jr. sees this workshop as an opportunity to make sure bicycles are included in the overall transportation network. Mayor Riley said, "Charleston is such a wonderful city for bicycling. It has the climate, terrain and urban context that make people want to get out on their bikes and be active. This workshop will help us plan our transportation network with the bicycle in mind."

The workshop is intended to produce a far-reaching vision for bicycles in Charleston and to be a first step toward a formal bicycle master plan for the City of Charleston. Other public workshops and meetings will be held over the next 10 months as the vision is put into document form.

The drop-in format for the visioning workshop will allow attendees to view existing and previous plan documents, statistics, route maps, parking locations and other facility maps. Workshop attendees will have the opportunity to sit down over maps and aerial photos, mark them up and leave comments. The public will also be able to get a glimpse of the Clemson students' ideas and conceptual plans and talk with them about their own ideas.

More information about the Bicycle Visioning Workshop and other bicycle/pedestrian planning efforts may be found on the City's website at www.charlestoncity.info keyword "Bicycle Visioning."

You can keep up on the latest news about biking in the area on our bike topic page.