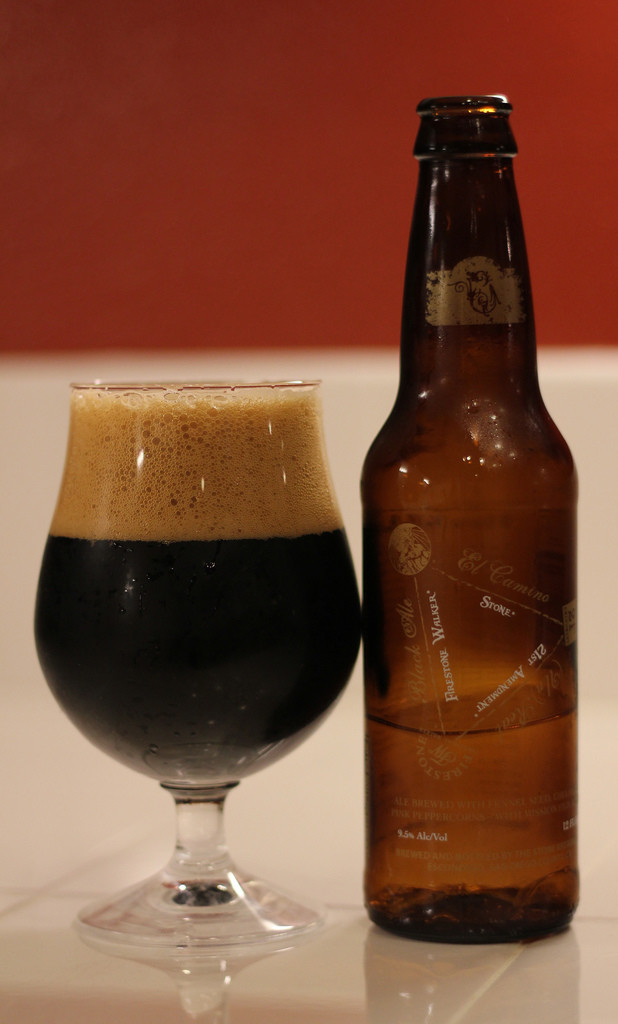 The Charleston Beer Exchange brigade is bringing two undeniably rare beers to you this week for their duo of 5 p.m. extravaganzas, Rare Beer Tuesday and Rare Bomber Thursday.

Tuesday brings El Camino (Un)Real Black Ale to the growler station, a collaboration from three California brewing giants:  Stone, Firestone Walker, and 21st Amendment.  Calling this beer "interesting" would be an understatement.  For proof, check out this Stone blog entry (linked from the CBX blog) for some details on its creation, or just know that the beer contains pink peppercorns, figs, and fennel seeds and agree that I'm right.

El Camino weighs in at 9.5% ABV, and earns impressive marks with an A- from BeerAdvocate and a 98 from Ratebeer.  Scott Sheridan from Stone will be on hand as the only keg in the entire Southeastern U.S. gets tapped at CBX.  You heard me.

Kalamazoo, MI's Bell's Brewery takes the spotlight on Thursday as CBX offers bombers of their super-limited draft-only release, Poolside Cherry Wheat.  This one promises to be a great beer for hot weather, hence the name, so you better buy one now so you can consume it before it cools down around Thanksgiving.  5% ABV, B, 82.