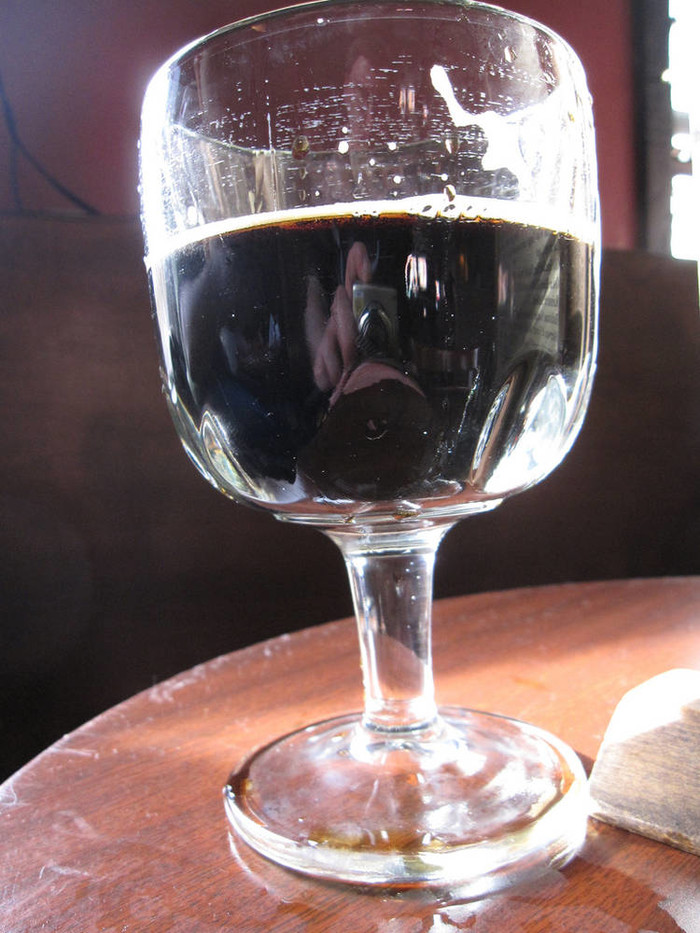 Pucker up, boys and girls.  The Charleston Beer Exchange brigade will once again be bringing a high-caliber sour beer to the growler station for Rare Beer Tuesday at 5 p.m.

Cuvee des Jacobins Rouge (5.5% ABV, A-, 99), from Belgium's Brouwerij Bockor﻿, was originally and briefly known as Ommegang Grand Cru Rouge.  Bockor's first production of the beer was originally made for Ommegang as a collaboration of sorts, designed and sold under the Ommegang banner but brewed at Bockor.  That was a one-time-only affair that you very likely missed due to its rarity, unless you happened to attend Brewvival 2010 or picked it up in counter-pressure bombers from CBX afterwards.

Bockor loved the beer so much they continued brewing it after the Ommegang relationship ended, rebranding it as Cuvee des Jacobins Rouge.  It's in the style of a Flanders Red Ale, with a characteristically intense, biting tart edge and acidity.  Unlike some other varieties of Flanders Red, however, Rouge is made from a single, unblended batch of lambic aged for 18 months or more in French Oak barrels.  Brewers and blenders will often blend lambics of different ages to achieve a balanced product, with older lambics proving more intensely sour due to longer exposure to the wild yeasts and other fun critters responsible for spontaneous fermentation.

This means one thing: Cuvee des Jacobins Rouge is SOUR with a capital SOUR.  Sure, there are wood notes in there from the barrels, and maybe some vanilla and cherry overtones.  But let's face facts.  This thing is going to rip your face apart.  In a good way.