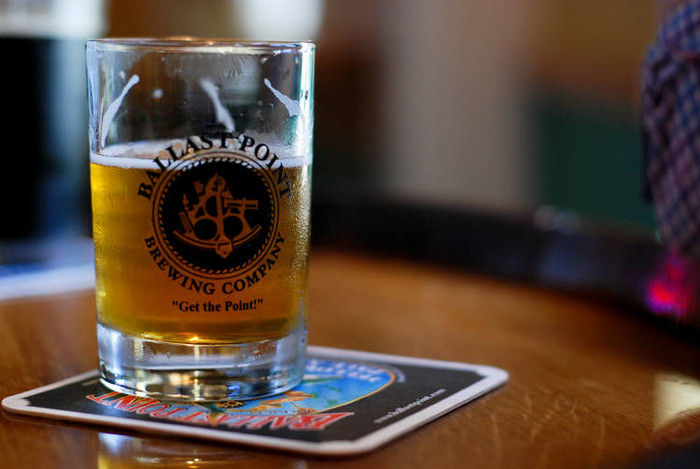 Saturday, June 25th at 6 p.m. the good folks at Foster's Pub in Mount Pleasant will be holding a very special cask event for your imbibing pleasure.

Sculpin IPA (7% ABV) from Ballast Point Brewing in San Diego has become the stuff of legend. As far as ratings, it's basically in a league of its own among IPA's with perfect scores from BeerAdvocate and Ratebeer. When it goes on tap, which lucky for us is more often than it used it, it's generally gone within a few days. When bottles hit the shelves, they fly off with ease. It is, in a word, scrumdiddlyumptious.

The craft-beer-centric Foster's Pub has secured a 10-gallon cask of this glorious stuff. A cask (or firkin) means a few things, and plays generally to one's preference. The carbonation is done in the vessel via a natural, secondary fermentation. The beer will be served a bit warmer, and will carry much subtler bubbles than the regular, force-carbonated vesrion would. Gentler bubbles means the aroma is released more slowly over time, and the taste will develop throughout the consumption of your pint.

This is all very exciting, but made moreso by the dry-hopping of this cask using Citra hop-flowers. Dry-hopping is all about aroma, and Citra is all about tropical, fruity goodness. This relatively new varietal graces quite a few beers these days, taking a front seat in the flavor profile of local faves like COAST Brewing's Boy King Double IPA (9.5% ABV, A, 98) and Westbrook Brewing's Citra Rye Pale Ale (5.1% ABV, B+). Adding Citra to Sculpin is hopefully going to make an already-stellar beer a mind-blowing hop study.

Foster's Pub is located at 545 Belle Station Boulevard off of Long Point Road in Mount Pleasant. The cask gets cracked at 6 p.m., and wings will be half-price all night. Call them at (843) 388-5711 or hit their Facebook more for info.