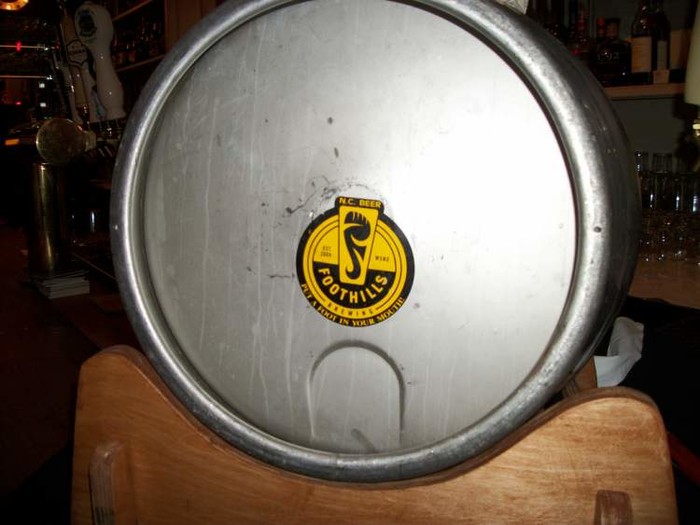 3:48 am on Monday July 5, 2010 | Posted by
Foothills Brewing spends the week in the Lowcountry

Foothills Brewing, the standard-bearer for Winston-Salem, NC craft beer since 2004, is hosting a week's worth of notable beer events in Charleston starting Tuesday, July 6th.

Coleman Public House (recipient of recent acclaim) will serve as the jumping off point Tuesday, tapping a keg of Barrel-Aged People's Porter (?% ABV, A-, 92).  427 W Coleman Blvd in Mount Pleasant.

Foothills is taking the party across the bridge(s) to James Island for an appearance at the Victor Wooten show at the Pour House later that night.  1977 Maybank Highway.

The scene shifts downtown Thursday evening for a cask of dry-hopped Hoppyum IPA (6.3% ABV, A-, 94) at The Griffon Pub.  18 Vendue Range.

Looks like I picked a hell of a week to fly out of town for work.