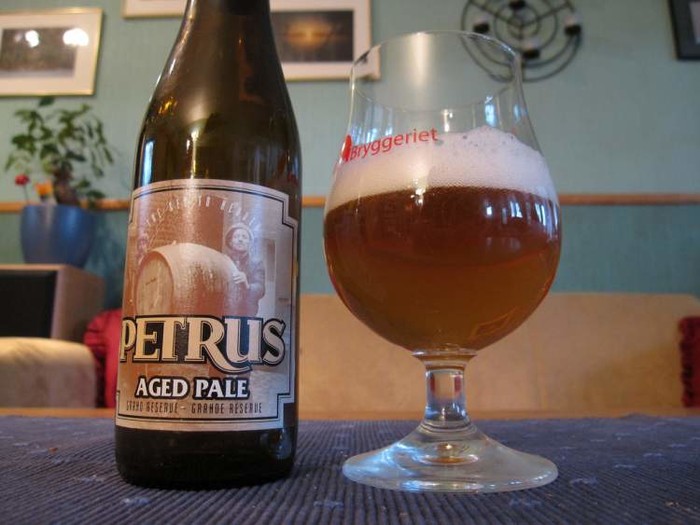 Rare Beer Tuesday will kick things off at 5 p.m. with Petrus Aged Pale Ale, a serious sour Flanders Oud Bruin from Brouwerij Bavik in Belgium.  This is part of the first and last draft release of this normally bottled beer, commemorating 30 years of brewing at Bavik.  The CBXers are psyched for this one:

In our opinion, this special release draft version is remarkably more sour than the traditional bottled version which is unbelievably exciting! This beer comes in at 7.3% ABV and is aged for over two years in oak allowing wild yeast and friends to produce striking tart notes with citrusy nuances that bring a crisp refreshing finish to this amazing beer.

Petrus Aged Pale Ale gets a B+ from BeerAdvocate and a 96 from Ratebeer.  That's a pretty wide swing between the big rating sites, so you'll probably want to judge this one for yourself.

Next up is the second edition of Rare Bomber Thursday, featuring the extremely limited Humulus Lager from Orange County, CA's The Bruery.  These guys specialize in big ol' 750 mL bottles of Belgian-inspired beauties, so the idea of brewing a draft-only "India Pale Lager" is quite a departure.  Their website puts it well:  "We promised we wouldn't brew an IPA, and this is the closest we've come to breaking that promise."

With 7.2% ABV, an A from BeerAdvocate, and a 94 from Ratebeer, Humulus Lager promises to be a true alpha-acid vehicle.  That is to say, it exists to bring hoppiness to your mouth.  I admire beers with a purpose.