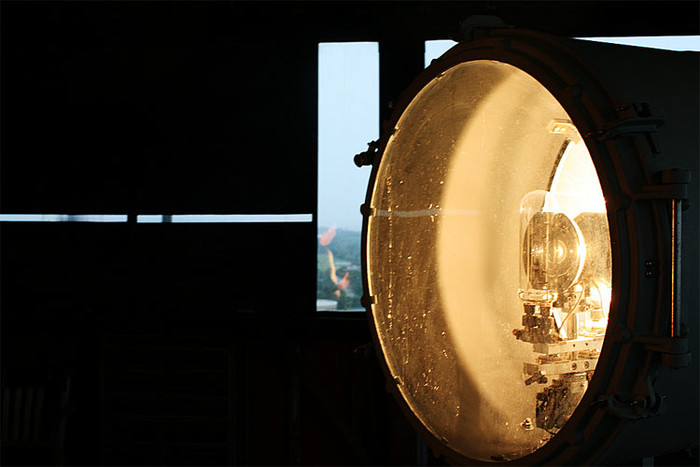 11:09 am on Saturday November 7, 2009 | Posted by Ken Hawkins
Come check out the Sullivan's Island Lighthouse

The National Park Service is holding an open house of the Sullivan's Island Lighthouse on Sunday, November 8, from 1 to 5 p.m.

Read more stories on this subject in our Charleston Light topic page.Unfortunately you won't be able to ascend the lighthouse, to get an idea of what the upper part and its view is like, check out these images.

Here's all the details about the event, from the Park Service's Web page:

Join the National Park Service for an open house on Sunday afternoon, November 8, 2009. The event takes place from 1:00 to 5:00 pm on the grounds of the US Coast Guard Historic District at 1815 I'On Avenue on Sullivan's Island.

The Historic District represents the evolution of events important in United States maritime history from 1895 to 1962. Commissioned on June 15, 1962 as the last major lighthouse to be built in the United States, the Sullivan's Island Lighthouse replaced the original Charleston harbor light (otherwise known as the Morris Island Lighthouse), which was built in 1876.