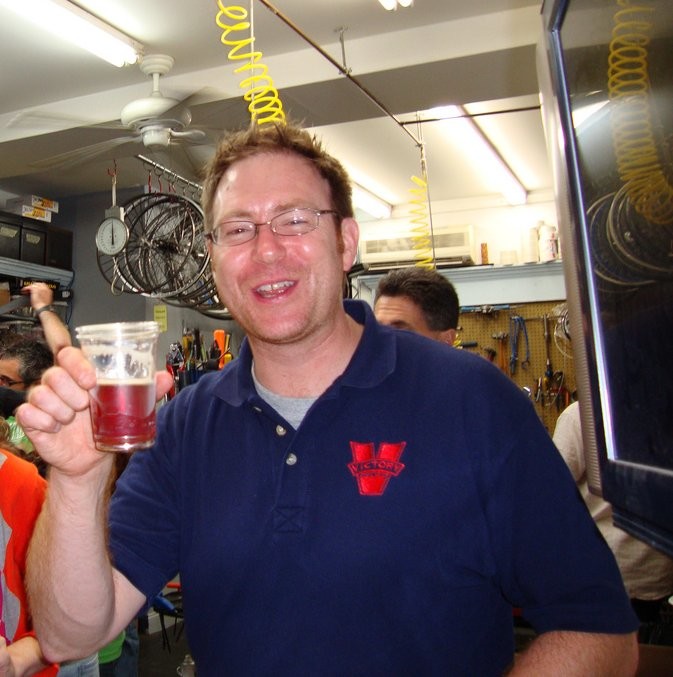 Bill Covaleski, Brewmaster, President, and co-founder of Victory Brewing, will be downtown Tuesday evening to commandeer Rare Beer Tuesday at The Charleston Beer Exchange and host a beer dinner at Chai's Lounge and Tapas.

While "rockstar brewer" is quickly becoming a cliche, there are some folks that have actually earned the label.  For these folks, it doesn't imply ego, debauchery, or groupies - it implies that they are the public face of brewing operations that are pushing the envelope of craft beer for all of us.  And maybe some chubby, bearded groupies.

Bill falls into this category.  He met Victory's other founder, Ron Barchet, in elementary school.  Their lifelong friendship led to a trip to Europe in the late 80's during which the two were changed forever by the beer culture they witnessed there.  Fast forward to 1996, and Victory Brewing was born, calling Downington, PA home.

While Victory has an established lineup of production brews, it looks like Bill is bringing some really special stuff down to our neck of the woods.  It all starts at 5 p.m. with Rare Beer Tuesday at CBX, where Bill will be signing bottles and doling out swag.  This week, it's actually Rare Beers Tuesday, as the boys are putting six great selections from Victory on the growler station:

Once that's over, it's onward to Chai's for a seven-course extravaganza of beer pairings featuring a few of the same suspects:

Charleston Beer Exchange can be found at 14 Exchange Street.  Chai's Lounge and Tapas is located at 462 King Street.  Call them at (843) 722-7313 for reservations and further info on the dinner.