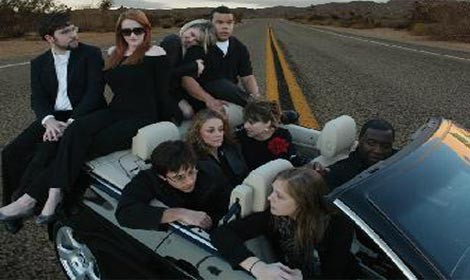 Update January 17: The Charleston City Paper has a review of the play, but doesn't love it, saying in part: "Don't blame the cast. Saddled with a one-trick pony, they ride it for all it's worth. Autobahn doesn't go anywhere. Literally. No one gets to their destination."

First reporting: Focused on using the cars front seat as "a platform for personal confessionals," Autobahn opens this Thursday, January 8.

Here's what they say about the play:

LateNight starts off the year with Autobahn, a comical and intelligent show set in the confines of an automobile. Autobahn contains Neil Labute's witty writing as he cleverly uses the front seat of a car as a platform for personal confessionals.

The play reveals a make-out session gone awry, the awkard consequences of blacking out and waking up naked in a hotel room, a daughter's long ride home after her release from rehab, and much much more. It is an intense short play cycle with a collection of six mini-plays filled with humor and shocking revelations told with biting honesty. The journey of each couple's lives starts and ends as they travel in their cars.

The play is by Neil LaBute, and directed by Franklin Ashley.

Today, January 7, is the last day you can take advantage of an offer to get the tickets discounted (and many others).

The Footlight Players Theatre is at 20 Queen Street in downtown Charleston.

The Post and Courier has a full preview of the 2-hour and 15-minute play.