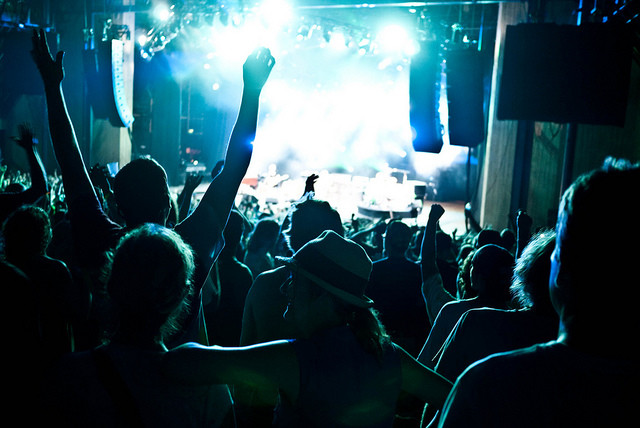 All you lovers of Phish have good reason to celebrate as the group is sticking around for two days at the North Charleston Coliseum, October 15-16 (Friday-Saturday) with shows starting at 7:30 p.m.

Tickets go on sale September 10 at 10 a.m. through Ticketmaster and the box office, but you can also try your hand now at the "online ticket request" system running through September 3. Tickets are $60.

That's probably all you need to know, the full presser is below for those that can't get enough.

Phish will launch its 2010 Fall Tour on October 10th with the first of three consecutive nights at the new 1STBANK Center in Broomfield, CO. In a first for the band, Phish will be giving ticket buyers free MP3 copies of each gig after it happens via http://LivePhish.com. After the Colorado concerts, Phish will head to the East Coast for a series of dates that will include with the band’s first-ever shows in Atlantic City, NJ. Phish’sHalloween concerts are legendary, and this year’s at Atlantic City Boardwalk Hall will coincide with the closing night of the tour.

An online ticket request period is currently underway at http://phish.portals.musictoday.com/ and will end on Friday, September 3rd, at Noon Eastern time. Tickets will go on sale to the general public on September 10th and 11th. For details, see the itinerary below or visit phish.com. Phish will also headline the sold-out Austin City Limits Festival on Friday, October 8th.

In a review of one of Phish’s summer dates at Comcast Theatre in Hartford, CT, Rolling Stone said “[Phish] delivered some serious rock bang for its recessionary buck…with music that taps into every aspect of their quarter-century career together” while The Denver Post praised their return to Telluride, noting: “In what many consider the most anticipated show in recent years…Phish heartily rewarded its most lucky followers with a memorable mountain event that ranks on the very top shelf of the 27-year-old band’s trophy case.”

On the heels of its successful summer outing, Phish is giving away a special sampler entitled Live Bait. The first in a series, this volume of Live Bait will feature 10 tracks gleaned from the tour’s first leg, including older songs from the band's vast catalog (“Alumni Blues,” “Letter to Jimmy Page”) as well fan favorites (“Tweezer,” “Backwards Down the Number Line”) and a new track, “Show of Life,” which debuted this summer. It includes a widget through which fans can post to their favorite networking sites and share with friends. Live Bait is available now at:

Phish has released 15 studio albums as well as a series of 75 complete live concert CDs. Its series of 186 full concert downloads is currently available on livephish.com. Rolling Stone hailed the band’s latest studio album, Joy, as “a genuinely great album.” Recorded with Steve Lillywhite, who produced Phish’s Billy Breathes (1996) and albums by U2, Dave Matthews Band and the Rolling Stones, it was the first non-archival release on JEMP Records, an independent record label created by the band in 2005.