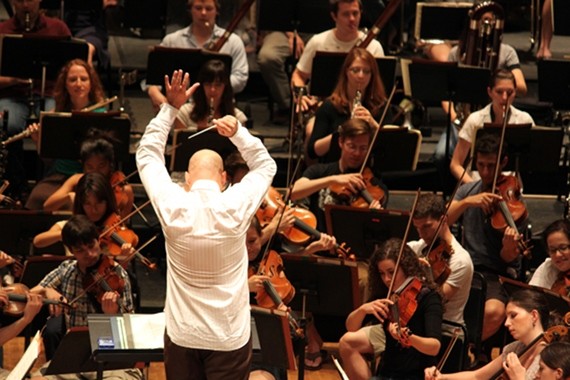 11:00 am on Tuesday September 21, 2010 | Posted by Amanda Click
Let the Charleston Symphony Orchestra and guests wow you at The 75th Anniversary Concert

Despite the Charleston Symphony Orchestra's temporary hiatus, on October 3rd, those who wish to support and enjoy symphonic music in Charleston are invited to The 75th Anniversary Concert in recognition of the 75th anniversary of the founding of the CSO.

The concert will feature musicians of the Charleston Symphony Orchestra in performance with the CSO Chorus, CSO Spiritual Ensemble and the College of Charleston Concert Choir, prepared by Dr. Robert Taylor. Guest conductor is Maestro Stuart Malina, music director of the Harrisburg Pennsylvania Symphony and former associate conductor of the CSO.

Here is the concert program, as posted on the event's official website:

Symphony No. 9 in d minor "The Choral" - Ludwig van Beethoven

The 75th Anniversary Concert is to be held at the Gaillard Auditorium on October 8th at 7:30 p.m. Tickets are on sale now and are priced at $75 for Dress Circle (includes post-concert champagne reception on-stage with musicians), $35 for Front Orchestra & Mezzanine, $25 for Rear Orchestra & Balcony and $15 Students up to age 23 with valid ID.