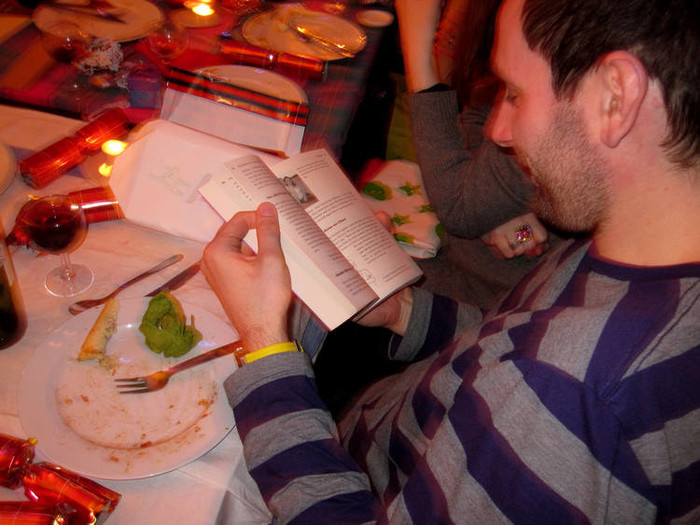 Some people pair wine with dinners while others beer, but what about books? The Moveable Feast﻿ set's up the table with delicious food and delightful stories.

Part of the Community Learning about Special Subjects (CLASS), The Moveable Feast﻿ is a weekly pairing of great books, their authors and fantastic food. Starting July 29 and running every Friday until the 26th of August,  The Moveable Feast﻿ looks at connecting authors with their audience members with a discussion luncheon. Participation in The Moveable Feast﻿ includes 10% off the purchase price of the featured book. Each Feast is followed by a signing at Litchfield Books at 2 pm.﻿

Below outlines the schduel for upcoming authors, books and restaurants.

Jeffrey Stepakoff﻿ - "The%20Orchard:%20A%20Novel%20" target="_blank">The Orchard"
Kimbel's at Wachesaw﻿
Friday 07/29/2011 at 11:00 AM
From Emmy award winning writing on "The Wonder Years," "Sisters," "Major Dad" and "Dawson's Creek," Stepakoff follows his debut novel ("Fireworks at Toccio") with the Atlanta world of perfumes and flavors, where a stiletto-wearing workaholic develops aromas and tastes to enthrall the senses. Dylan Jackson is a widowed single father whose heart and hands have been calloused in the fields of his North Georgia apple farm. When Grace happens to taste an apple picked from Dylan's trees, it changes both their lives forever. Determined to track down the apple's origin, Grace sets off in the middle of the night where she finds not only a beautiful mountain orchard in the clouds, but the mysterious man who owns it. In Stepakoff's heartbreaking eloquence, their sudden yet undeniable attraction is threatened – leaving readers with a momentous finale that proves Jeffrey Stepakoff is a master craftsman of the heart.
Cost: $25

Eileen Clymer Schwab - "Shadow%20of%20a%20Quarter%20Moon%20" target="_blank">Shadow of a Quarter Moon"
Ocean One
Friday 08/05/2011 at 11:00 AM
From the author of "Promise Bridge" comes a powerful novel of the pre-Civil War era South and the Underground Railroad. 1839, North Carolina. As the daughter of a plantation owner, Jacy has been raised in privilege - until she discovers that she's the offspring of a dalliance between her father and a slave. The revelation destroys Jacy's sense of who she is and where she belongs in the world. Equally shocking, her biological mother and brother are still slaves on the property. As she gets to know them – and the handsome horse trainer, Rafe – she begins to see life in the South with fresh eyes. And soon Jacy will have to make a treacherous journey that she hopes will end in freedom for them all...
Cost: ﻿$25

Applewood House of Pancakes
Friday 08/12/2011 at 11:00 AM
Three local boys make good! Through the auspices of Bob O'Brien's new digital publishing house, Prose Press, three first novels by local authors have made their debuts this summer. O'Brien's unfolds like a master's chess match between newly appointed female South Station Chief of Police and the international masterminds orchestrating a grand conspiracy designed to take over a local pharmaceutical company. Former psychiatrist/attorney Ted Gagliano's timely political adventure steps boldly into the world of "shadow" governments, while former CIA operative Barry Kelly applies his 21 years of service to hunting down al-Qaeda terrorist cells in the U.S., New Delhi and Kathmandu with an ex-Marine/ex-cop and two ex-CIA women operatives united on a dangerous mission outside the law.
Cost: ﻿$25

Anna Jean Mayhew - "The%20Dry%20Grass%20of%20August%20" target="_blank">The Dry Grass of August"
Pawleys Plantation - Sawgrass Room
Friday 08/19/2011 at 11:00 AM
Infused with the intensity of a changing time, here is a story of hope and heartbreak, of love and courage, of a journey from wounded to indomitable. In August 1954, Jubie Watts, a white teenager, leaves Charlotte, NC, with her family and their black maid for a Florida vacation. Jubie notices the anti-integration signs they pass, and feels racial tension build as they journey farther south. But she cannot predict the shocking turn their trip will take. In the wake of tragedy, Jubie confronts her parents' failings, decides where her own convictions lie, and makes a leap to independence.
Cost: ﻿$25

Patti Callahan Henry - "Coming%20Up%20for%20Air%20" target="_blank">Coming Up for Air"
Location to be announced
Friday 08/26/2011 at 11:00 AM
Ellie Calvin is caught in a dying marriage, and she knows this. With her beloved daughter away at college and a growing gap between her and her husband – between her reality and the woman she wants to be – she doesn't quite seem to fit into her own life. A beautiful, emotionally engrossing story about marriage and motherhood, loss and longing.
Cost: ﻿$25