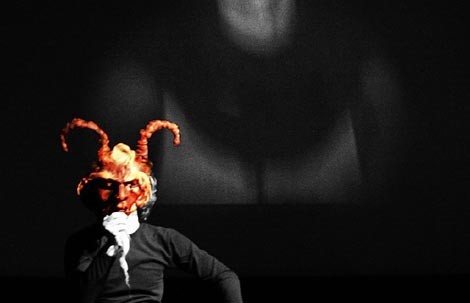 Image by Flickr user AnDre | 21_21 sightImage by 20081107-pecha-kucha.jpg A Pecha Kucha in Catania, Italy ... it's certainly not your traditional presentation.

Update November 13: Go check out our write-up and video of the night.

The good: Pecha Kucha Night is finally coming to South Carolina; and the bad: They're all booked up, but they'll be doing another show soon.

But you're probably thinking "What the heck is Pecha Kucha?"

Pronounced "peh-cha ku-cha," the word is Japanese for the sound of conversation, the event is essentially a series of clever presentations by clever folks. They generally focus on design, art, photography, culture, and the like. But, to keep things concise and hoping, each presenter only gets to present 20 slides for 20 seconds each.

The event is held in some 150 cities worldwide, heck, it's so popular it even has its own Wikipedia page.

But, like I said, they're all booked up, but that doesn't mean you can't try and beg your way in. But fear not, they'll be back in early '09.