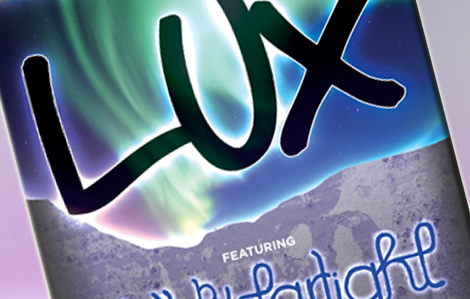 We just recieved this statement that event has been indefinetly postponed.

Due to unforeseen circumstances, LUX has been postponed until a later date. We  appreciate your interest in CofCRadio's events and thank you for your continued support.  CofCRadio will return with more events in the coming months. In the meantime, keep  listening to Charleston's oldest student radio, CofCRadio.

We'll be sure to give you a heads up if the status changes.

The College's student radio station CofCRadio is hosting their first music party of the semester on Friday, October 23, at Eye Level Art's 103 Gallery, 103 Spring Street. The event, LUX, is being headlined by Stella by Starlight from Charleston. (Facebook event link)

In addition to the performance by the popular electro-pop duo, the event will feature music sets from local DJs and impromptu create-your-own art.

General Manager Geoff Yost says CofCRadio hopes to use LUX to brighten up the night. "The event will bring art and music together for a really fun evening," said Yost.

What's impromptu art? Every guest will get an opportunity to contribute to a communal art piece by decorating their own 1' x 1' square canvas. As the night progresses, the pieces will be hung up for display. Everyone will be able to see the creativity in the air. And, at the end of the night, you'll be able to take home your piece!

Tickets are $5 for patrons over 21 and $7 for those over 18. Tickets will be sold at the door; no advance tickets will be sold. The Friday evening event will be held at Eye Level Art’s gallery at 103 Spring Street in downtown Charleston.