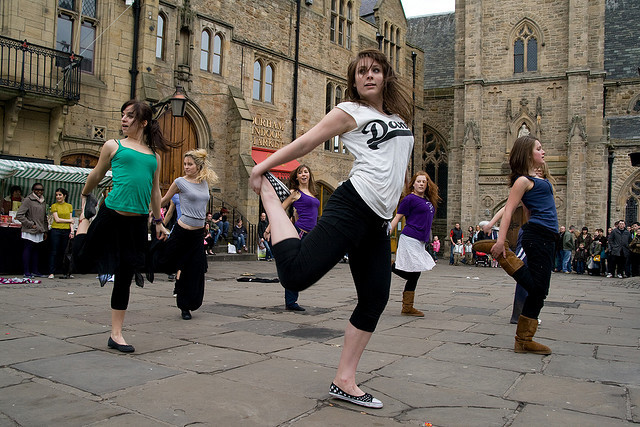 Update October 9: Sounds like things went poorly with one person saying, "Ugh. Forgive me all of you who showed up to perhaps THE smallest flash mob in history."

Ever wanted to puzzle onlookers as to why all of a sudden a dance crowd has broken out in the middle of a public space, ala Improv Everywhere?

Well today, October 9, is your big chance to join in this flash mob of dance as a group will be doing just that in Marion Square at 1:30 p.m. at the spot closes to the corner of Meeting and Calhoun streets.

Here's the agenda from the event announcement:

There will be a couple of groups of folks closer to the event that have more of routine planned but the organizers say you're welcome to just jump in the routine that will end in the electric slide.

Doubt I'll be able to make it down to this one on short notice, but if you go and have video or photos do let us know.