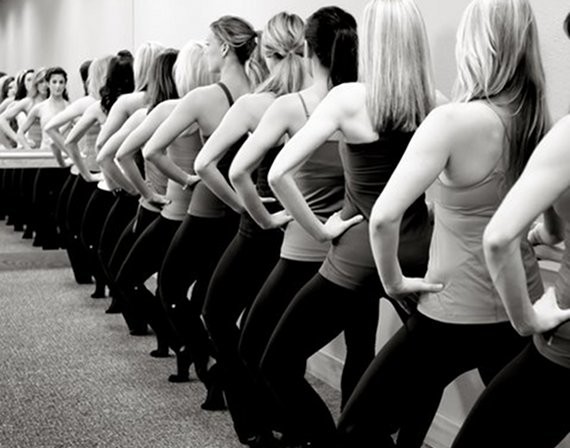 Update January 19: Pure Barre of Charleston will celebrate its official grand opening with a Cocktail Gala on January 26th at 6:30 pm at the Pure Barre studio in Mount Pleasant.

The Gala will include food provided by Eurasia, door prizes, cocktails, and specials on Pure Barre classes.

First reporting: Pure Barre, the workout that is sweeping the nation with a cult following among health-conscious women as well as celebrities, is opening its newest location in Patriots Plaza (919 Houston Northcutt Blvd﻿.), near the Whole Foods, in Mount Pleasant on October 3rd with the help of the new franchisee Jen Leitch.

Focusing on the areas of the body women struggle with the most, Pure Barre lifts the seat, tones the thighs and upper body, and creates the long and lean muscles of a dancer through small isometric movements centered around a ballet barre. In just 10 music-motivated classes, students see results and burn fat in record-breaking time.

"I'm thrilled to be bringing this national technique to the Lowcountry," states owner and local Mt. Pleasant resident Jen Leitch, "Pure Barre is truly transforming the way that people view fitness and is the safest, most effective way to change your body."

Since its inception in 2001, Pure Barre’s popularity has grown by word of mouth and resulted in a huge base of raving clientele who often sign up days in advance to attend classes at their local studios. Pure Barre was created by CEO Carrie Rezabek, an accomplished dancer and choreographer who has extensive training in dance, pilates, and fitness. After earning a Business degree from Michigan State and a Law Degree from Wayne State, Carrie opened her first studio where she developed the Pure Barre Technique. With her gift for creative choreography and music and her passion for challenging workouts that produce results, Carrie created a workout that is transforming womenʼs bodies worldwide. Pure Barre began franchising in July 2009 and there are now over 60 Pure Barre locations open nationwide, as well as an extensive DVD home workout series.