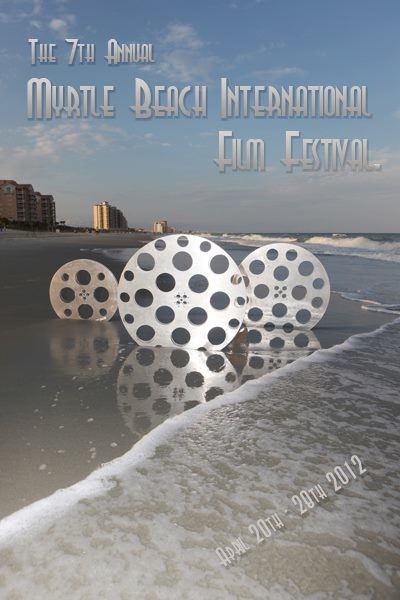 7:49 am on Tuesday January 17, 2012 | Posted by Melissa Byers
Deadline for Myrtle Beach International Film Festival subsmissions is near

The call for submissions for the 7th Annual Myrtle Beach International Film Festival is coming to a close, with entries being accepted until February 6, 2012.

The fee for submitting a film by this Thursday, January 19, 2012 is $40.  Entries received between then and February 6, 2012 will cost $70.  Categories of films in this year's festival are shorts, animation, feature projects, documentaries, music videos, commercials, foreign, and "Anything goes (and we do mean anything)."  You may want to leave the kids home for that last one.

There are, of course, requirements for the films regarding copyright information and format.  You can find all information necessary for submitting your work on their site here.

The festival will be held from April 20 to 28, 2012.  As details about location and the schedule of events become available, we'll be sure to pass them along to you.  In the meantime, you can keep up with the latest from the MBIFF on Facebook.

Below is a video of Jerry Dalton talking to the European Union about a sister to the Myrtle Beach International Festival, which will be held in Europe in the fall.  Its goal is to bring the international film-making community together and increase tourism in Myrtle Beach.

If you're interested in checking out previous MBIFF entries, check out this search on YouTube.  You can also read up on last year's festival on our Myrtle Beach International Film Festival topic page.