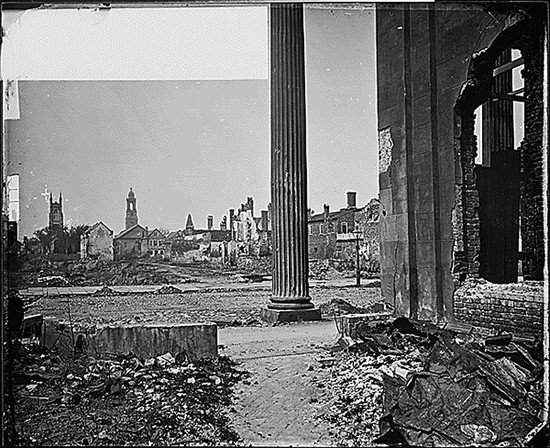 The Citadel is hosting a Civil War symposium, "A House Divided:  Secession and Its Legacy Symposium," from December 3 to 4 (Friday-Saturday) at the Holliday Alumni Center.

All events are free and open to the public.

The Campaign for Disunion; Saturday, December 4, 10:00 am

Moderated by Kyle S. Sinisi
Mark Neely, Secession as the De-Ratification of the Constitution
William W. Freehling, Was Lincoln an Immediate Menace to Slavery?

The symposium is sponsored by the National Park Service, the Fort Sumter-Fort Moultrie Historical Trust, The Citadel School of Humanities,  the Lowcountry Civil War Sesquentennial Commemoration,  the South Carolina Historical Society, The Post and Courier, and the Fulghum Lecture Series.

James I. (Bud) Robertson, Jr. (Virginia Polytechnic Institute and State University) was the Executive Director of the U.S. Civil War Centennial Commission and worked with Presidents Truman, Kennedy and Johnson in marking the war’s 100th anniversary.  He is the author or editor of more than 20 books, including Soldiers Blue and Gray;   Civil War! American Becomes One Nation; andStonewall Jackson: The Man, The Soldier, The Legend which won eight national awards.

David Blight (Yale University)  Author or editor of ten books, including A Slave No More; Two Men Who Escaped to Freedom; This Cruel War Is Over; and Race and Reunion: The Civil War in American Memory, which received eight book awards, including the Bancroft Prize, the Abraham Lincoln Prize, and the Frederick Douglass Prize as well as four awards from the Organization of American Historians, including the Merle Curti prizes for both intellectual and social history. He is director of the Gilder Lehrman Center at Yale, a member of the Board of Advisers of the Abraham Lincoln Bicentennial Commission, and a consultant to the Public Broadcasting System on the production of documentary films.

Faye L. Jensen (South Carolina Historical Society) is the author of These are Precious Years,' The Papers of Rosalynn Carter," in Modern First Ladies: Their Documentary Legacy and a contributor toMaking a New South:  Race, Leadership, and Community After the Civil War. She currently serves as Executive Director of the South Carolina Historical Society.

William C. (Jack) Davis (Virginia Polytechnic Institute and State University)  Author of more than 40 books including Jefferson Davis: The Man and His Hour, and  A Government of Our Own: The Making of the Confederacy.  His latest book is Breckinridge, Statesman, Soldier, Symbol.

William K. Scarborough (University of Southern Mississippi).  His publications include The Overseer: Plantation Management in the Old South, a three-volume edition of The Diary of Edmund Ruffin, and Masters of the Big House: Elite Slaveholders of the Mid-Nineteenth Century South. The latter two works won the Jules and Frances Landry Award from the Louisiana State University Press.

Kyle S. Sinisi (The Citadel) is the author of Sacred Debts: State Civil War Claims and American Federalism, 1861-1880 and a co-editor of Warm Ashes:  Issues in Southern History at the Dawn of the Twenty-First Century. He is a Professor of History at The Citadel. .

Mark Neeley (Pennsylvania State University) is the author of The Fate of Liberty: Abraham Lincoln and Civil Liberties, which won both the Pulitzer Prize and the Bell I. Wiley Prize. His many other books include: Southern Rights: Political Prisoners and the Myth of Confederate Constitutionalism;The Union Divided: Party Conflict in the Civil War North; and The Boundaries of American Political Culture in the Civil War Era.

William W. Freehling (University of Kentucky) His book, Prelude to Civil War: The Nullification Crisis in South Carolina, was a recipient of a Bancroft Prize.  Other books include The Road to Disunion, Volume I: Secessionists at Bay, 1776-1854; The Road to Disunion, Volume II: Secessionists Triumphant, 1854-1861; and The South vs. the South: How Anti-Confederate Southerners Shaped the Course of the Civil War.