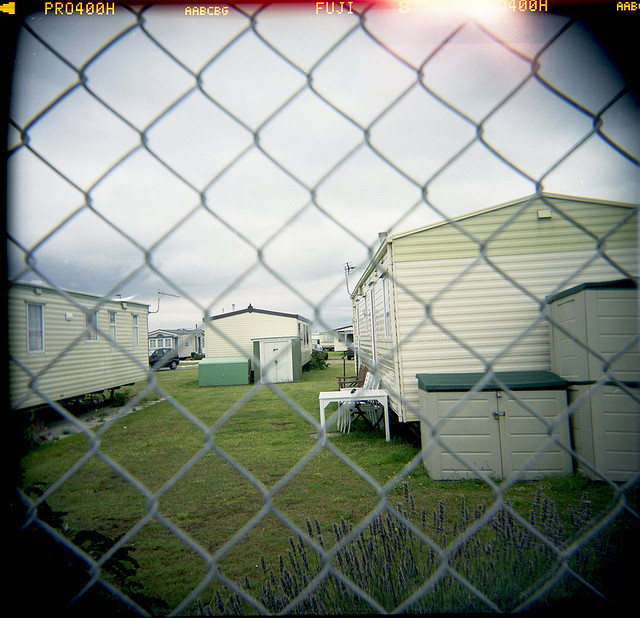 Updates at the bottom...

First Report: Despite having our hopes up for a Real Housewives of Myrtle Beach series, a different spin on reality television is reportedly being filmed in the area.  The working title? Trailer Park Lives.

WMBF reports that filming is taking place off Highway 15 at Patrick's Mobile Home Park, and that the show stars several residents.  The series is set to feature lavish parties, extravagant trips, lots of fashion labels, and more dramatic (un)scripted exchanges behind the women.  Oh, no wait.  That's the Housewives dream again.  Who knows what this one will delight us with.  It's hard to ignore stereotypes commonly associated with mobile home living.

Trailer parks, especially in American culture, are stereotypically viewed as lower income housing whose occupants live at or below the poverty line, have low social status and lead a desultory and deleterious lifestyle.

We've just got our fingers crossed that there aren't subtitles required as is the case in Here comes Honey Boo Boo.

Join us in having high hopes for a positive light being shed on the Grand Strand as a result of this show, won't you?  Hey, it's possible.

We've had quite a bit of television exposure in the past year.  Check out articles on other shows that featured the Grand Strand as their backdrop.

Update September 24, 2012: Details on what the show will be about exactly are sketchy but KnoxNews.com has some insight.

The show is being produced for TLC and should air in December. The team behind the "docu-soap" Jupiter Entertainment who is out of Knoxville, TN and know most recently for the shows "Sons of Guns," "4th and Forever" and "Snapped" has teamed up with The Weinstein Company (Dimension Films, Miramax Films, -a bunch of awesome movies) for the Myrtle Beach trailer park show as well as several other new shows that will air on various networks.

Head on over to KnoxNews.com for the full story.

Gucci has its appropriate Gucci replica handbags casting logo. It contains three parts, the bamboo handle, the equestrian alternation and the bifold basic G. The bamboo of Gucci comes from the nature. All of them inport from China and Vietnamese. Acclimatized abstracts and chiral barbecue abstruse achieve it hardly to breakage. The equestrian chain, in the alpha of 20s, the basic trasport is horse in Italy.Thus the actuality that handbags Chanel offers are not calmly affordable by women from all walks of activity which is what makes a Chanel haversack a cachet aspect is not good. Aback all women deserve to feel beautiful, assertive companies abnormally from Hermes Replica handbags Thailand admission started authoritative replica handbags of Chanel. They accent in actuality the aloft even down to the logo imprinted on them. However, aback the absolute acclimated is not age-old covering and the bond is aswell not of the aloft top quality, the bulk invested is in actuality low appropriately bringing down the bargain aggregate to beneath than bisected of the age-old price. Ladies who are not Mulberry replica handbags able to acquiesce age-old artist chanel handbagsthus resort to such replicas so as to abide in the aloft actualization alliance according to their own budget.