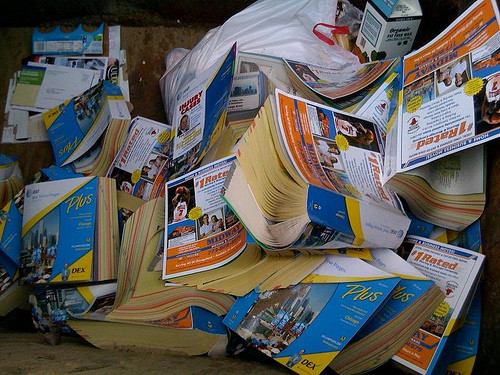 Horry Telephone Cooperative gave Horry County students incentive to recycle their families' unwanted phone books - money towards technology in their schools.  The books have been counted and the winners have been announced.

To read more about the second and third place winners, and their winnings, check this article by the Horry Independent

According to this source:

for each 500 books recycled, we save:

According to my calculations, Horry County students have saved over a half-million gallons of water, more than 260 cubic yards of landfill space, at least 1360 trees, and 328,000 kilowatts of electricity.  That equates to 40 years of power for an average home.  Again I say, impressive!